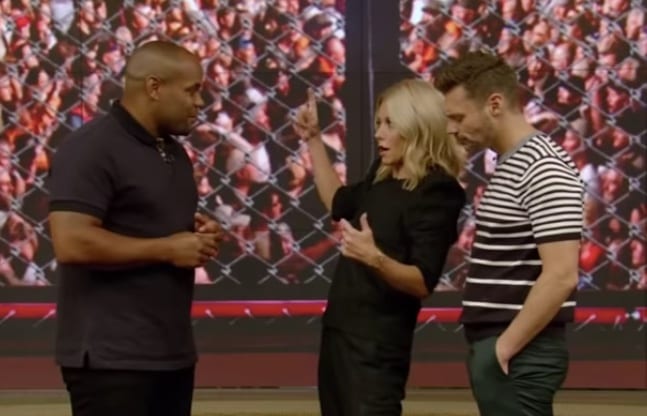 UFC two-division champion Daniel Cormier has confirmed that he still plans on going back down to light heavyweight in order to defend his title.

Cormier, 39, is currently in the midst of his final run as a mixed martial artist, after confirming that he plans to retire on his 40th birthday early next year. It would seem as if the one fight that is set up for him before then will be a Heavyweight Championship defense against Brock Lesnar, but DC still seems intent on heading back to LHW in order to put his championship on the line one last time.

DC has reigned supreme over the division with only Jon Jones being able to thwart him throughout the course of his career, but despite everything that’s happened with his second divisional title, he indicated to Kelly & Ryan that he’s still very interested in competing at the weight class.

For me to go back down, it’s going to be difficult to defend this belt, but I plan on doing it.

Cutting that weight has always been difficult for him, but DC always seemed to know in his heart that it was the division that would allow him to thrive and succeed.

He’ll likely go down as one of the greatest of all time to compete in this game, regardless of the controversies with Jones, and it’s going to be interesting to see who he does end up defending the Light Heavyweight Championship against if he is indeed serious.

A third fight against Jones seems like it’d be the smartest move, but that all depends on how long he ends up being suspended for. Otherwise, a rematch against Alexander Gustafsson could also make sense.