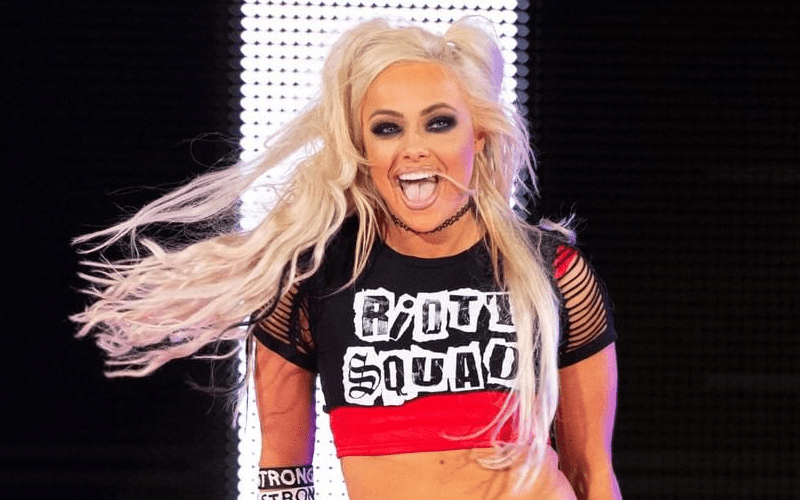 Liv Morgan has taken to social media in order to reflect on her journey to the top of the women’s division in WWE.

Alongside her Riott Squad teammates, Morgan is set to participate in two huge matches in the next few months – with many more likely to come in the years ahead. Two of the three members from the group will be taking on The Bella Twins next Monday night on Raw, and at WWE Super Show-Down in Melbourne, The Riott Squad will face the team of Nikki Bella, Brie Bella and Ronda Rousey in a huge six-woman tag match.

Morgan, 24, was considered to be a surprise call-up when she debuted back in November, but she’s certainly been able to grow as a performer alongside Ruby Riott and Sarah Logan.

I can’t explain this feeling pic.twitter.com/P1h50gNtdu

Despite being an on-screen heel it’s clearly difficult for Liv to hide her emotions, as can often be the case with social media. She’s built a following for herself in the last nine months or so to the point where if she goes off on her own at some point in the future, then she’s set herself up well to have a successful singles career.

At this moment in time, though, she appears to be flourishing in her current setup, as the Riott Squad continue to improve as a unit with each and every passing week.

The big test now will be to see whether or not she’s able to hang with the likes of The Bellas and Ronda, which may sound odd to some, despite the fact that all three of those women are talented competitors in the ring.