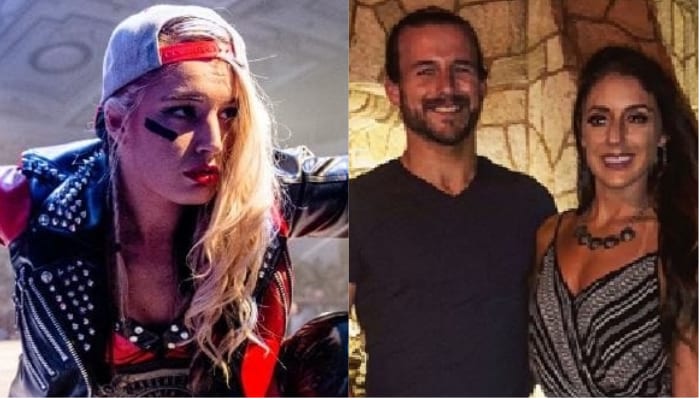 We here at RSN pride ourselves on reporting the news without a filter, but when alleged direct messages between Adam Cole and Toni Storm were “leaked” showing that the two were having an affair with each other…. we knew it was a hoax.

Britt Baker, Cole’s girlfriend and a professional wrestler in her own right commented on the situation. Obviously, she realized this was just a poor attempt by someone to ruffle some feathers and spread mistruth.

“Let me know who else needs pics of Adam Cole from my insta stories to make fake DMs with,” Baker wrote.

Yes, Cole’s Twitter did get hacked a little while ago and his phone number was posted online, but no… this conversation was not found by the hackers.

So if you’ve seen a doctored image of a DM conversation between Cole and Strom arranging a hookup, you can be safe knowing those images were very much photoshopped and the conversation never took place.

Let me know who else needs pics of Adam Cole from my insta stories to make fake DMs with. 😂 #FakeNews