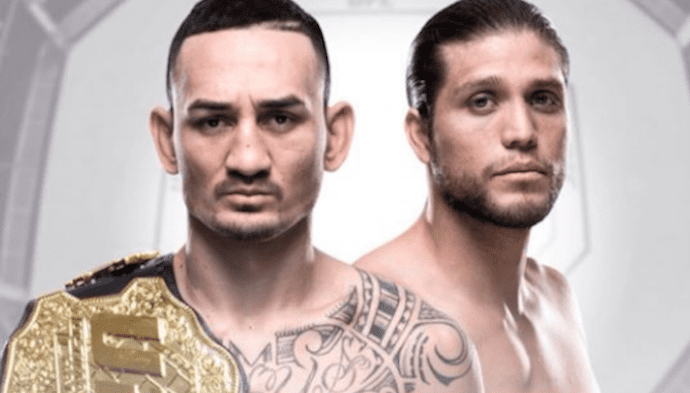 According to MMA Junkie, featherweight champion Max Holloway will be defending his crown against #1 contender Brian Ortega in what will be the headlining fight of the card. Holloway and Ortega were originally expected to battle this past July at UFC 226, but the bout was pulled due to Holloway having concussion like symptoms. This was the third time the champion has been forced to withdraw this calendar year, including a massive UFC 223 showdown with now lightweight champion Khabib Nurmagomedov, and an ankle-injury that placed him on the sidelines against Frankie Edgar for UFC 222. It would be Ortega who would replace Holloway against Edgar, and earned his shot at the title after a first round TKO. That marked the sixth straight stoppage victory for the submission specialist as his overall MMA record moves to an astounding 14-0. (6-0 in the UFC.)

We’ll keep you updated on any new additions to the card.