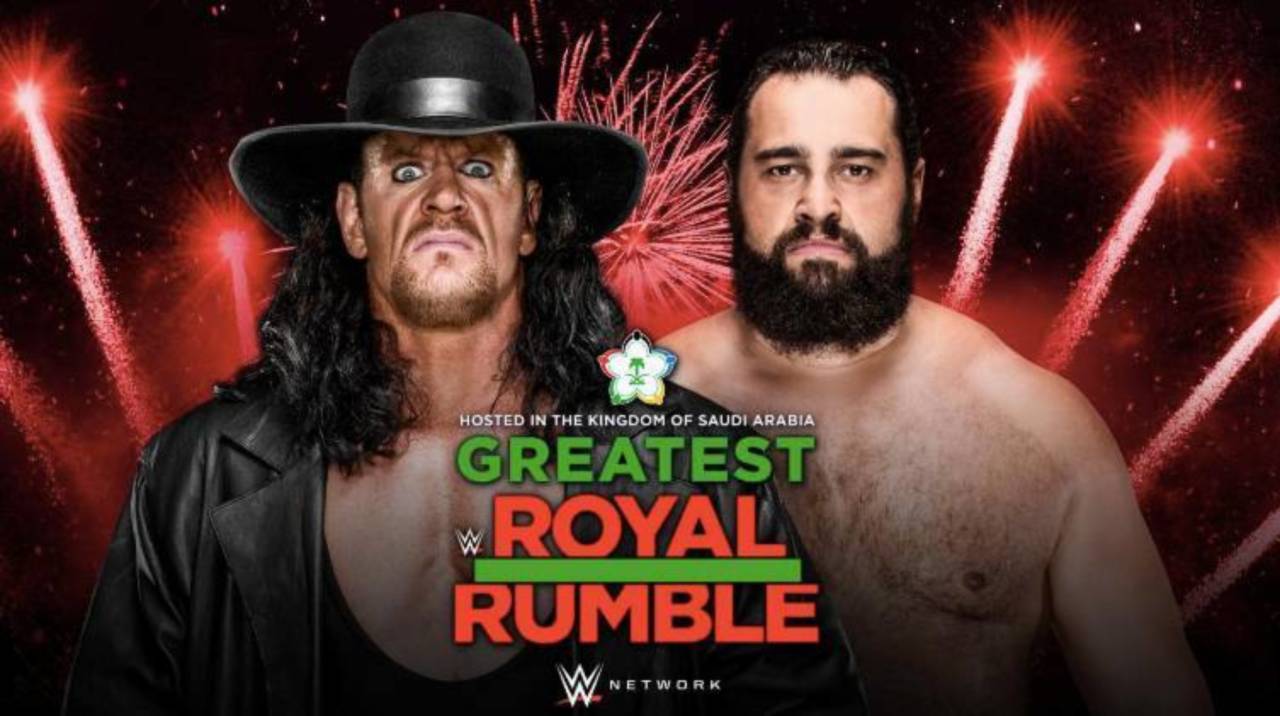 The Bulgarian Brute recently spoke to Inside the Ropes about his current stint in the WWE, and reveals some fascinating facts about his matchup with the Undertaker at the Greatest Royal Rumble. If you recall, Rusev was originally scheduled for a matchup with the Deadman but was suddenly pulled out and replaced with Chris Jericho for no apparent reason. Rumors had been floating around that the WWE was punishing Ru Ru for some silly comments he made about Taker on TMZ, but they turned out to be false. A short time after, he was added back to the bout (which was a casket match) and had a really nice showing but still ended up getting stuffed into a coffin in defeat.

Who was responsible for getting Rusev back into the matchup? Why the Prince of Saudi Arabia himself according to Ru Ru:

Vince told me one time, you know ‘you’re gonna work The Undertaker in Saudi Arabia,’ and I laughed at him because I thought he was joking. I’m like, ‘whatever,’ and he’s like, ‘it’s gonna be a casket match.’ I completely laughed at him and was like, ‘yeah and I’m winning, right?’ He was like, ‘alight I’ll talk to you later.’

He left and I still completely thought it was a joke and there were other people in the room and they thought that I was being an asshole. I was like ‘he was joking with me,’ and he was like, ‘no, it’s booked.’ The next day there was a big advertisement ‘Rusev vs The Undertaker’ I was like, ‘oh my god… what a… so stupid

Then they took took me out because we’re kinda going a different direction. “We’re kinda doing the good guy thing” and [McMahon] thought I shouldn’t be buried if I was a good guy. Then he took me out and he put in Jericho. Then The Prince of Saudi Arabia called and said, ‘no.’ He wanted to see Rusev in that match so Jericho was out again and they added me back to it. I was back in the match and the match was great. Just going out there and wrestling a true legend and learning a lot from him it was a great opportunity.

Who knew, that even the Prince of Saudi Arabia celebrated Rusev Day.

Happy Rusev Day to you all, and check out the full Inside the Ropes interview below.