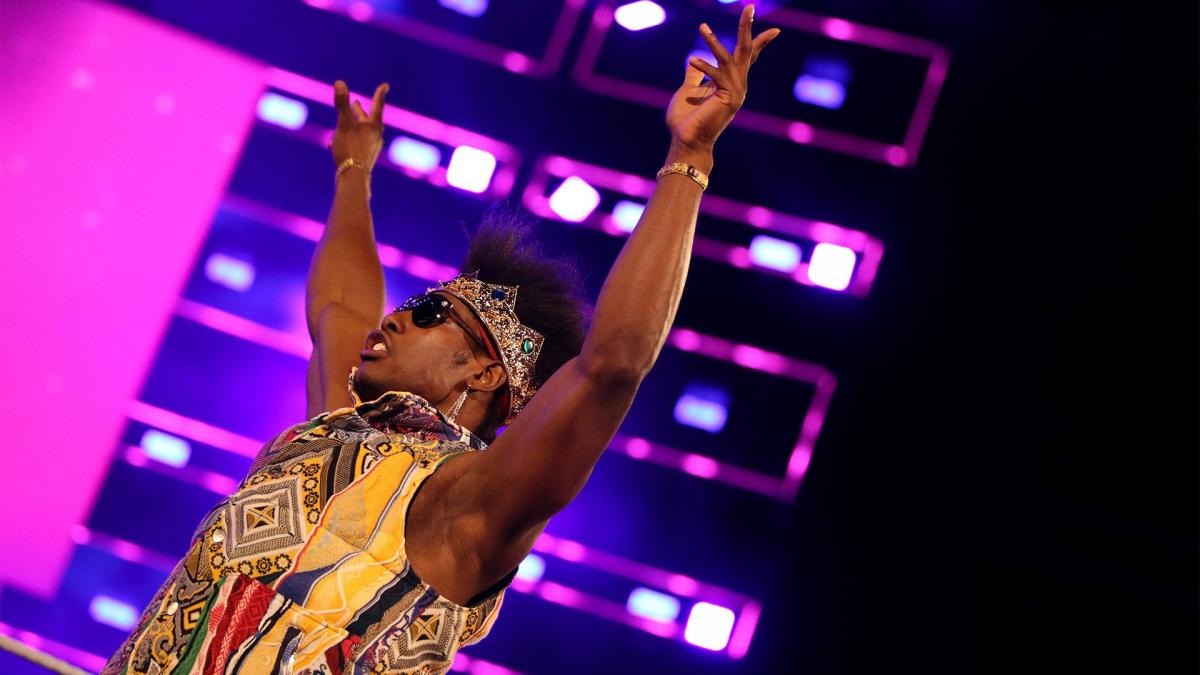 It turns out not everyone appreciated The Velveteen Dream’s tights at NXT TakeOver: Brooklyn IV. After all, he did have “call me up Vince” written on them. Apparently, this didn’t set too well with people backstage and Dream seemed to have commented on it the next morning.

Whether someone actually said something Dream about his ring attire remains to be seen, but he probably got the message. This is unfortunate because he’s super talented and pulled off a big win against EC3, now his choice of what he wore to the ring might get in his way to getting to the next level.

“How we walk on eggshells in Dream’s world,” he tweeted out with an animated gif of people walking carefully in a line.

Only time will tell if this little comment comes back to haunt him. But he’s certainly making enough noise and gaining enough attention that it would be simply foolish for WWE to release him. But what they can possibly do by keeping him in NXT and not giving him another big stage is another story. Hopefully, this will blow over and not keep Dream from doing the big things he’s capable of.

In the meantime, Dream seems to be no-selling them all.

[Update: Dream has since deleted this tweet not 10 minutes after posting it.]