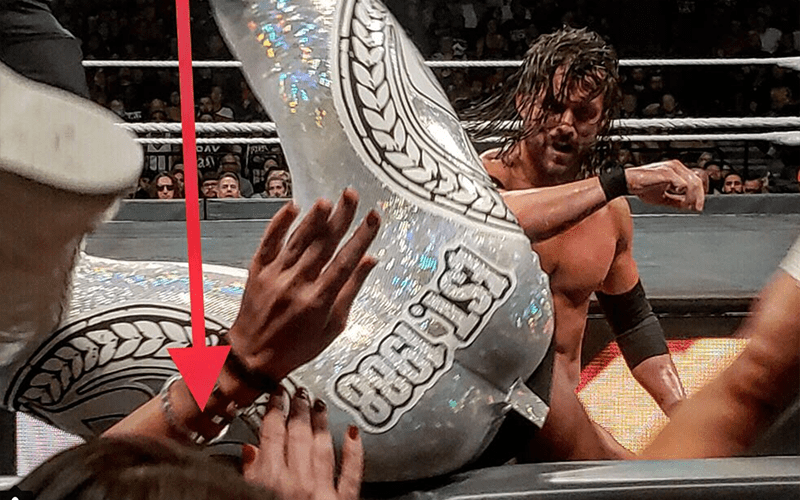 Adam Cole and Ricochet battled in an extremely brutal contest at NXT TakeOver: Brooklyn and Britt Baker, Cole’s girlfriend was ringside to watch the entire night go down.

She updated her social through the night and posted several great photos and videos from her seat. Cole even gave Britt his dog tags before the match which was very sweet of him to do. But one picture is certainly worth sharing because Cole almost put the action too close to his baby, bay-bay.

Baker posted a picture with the caption saying: “When your boyfriend accidentally almost kills you with Ricochet.”

Luckily, she avoided disaster, but if she took a bump it wouldn’t be her first because she’s a pretty fantastic pro wrestler in her own right. Baker is booked for All In and has expressed a huge interest in next year’s Mae Young Classic, but it almost went badly in Brooklyn. Thankfully, WWE pays extra money to get the good barricades brought in.