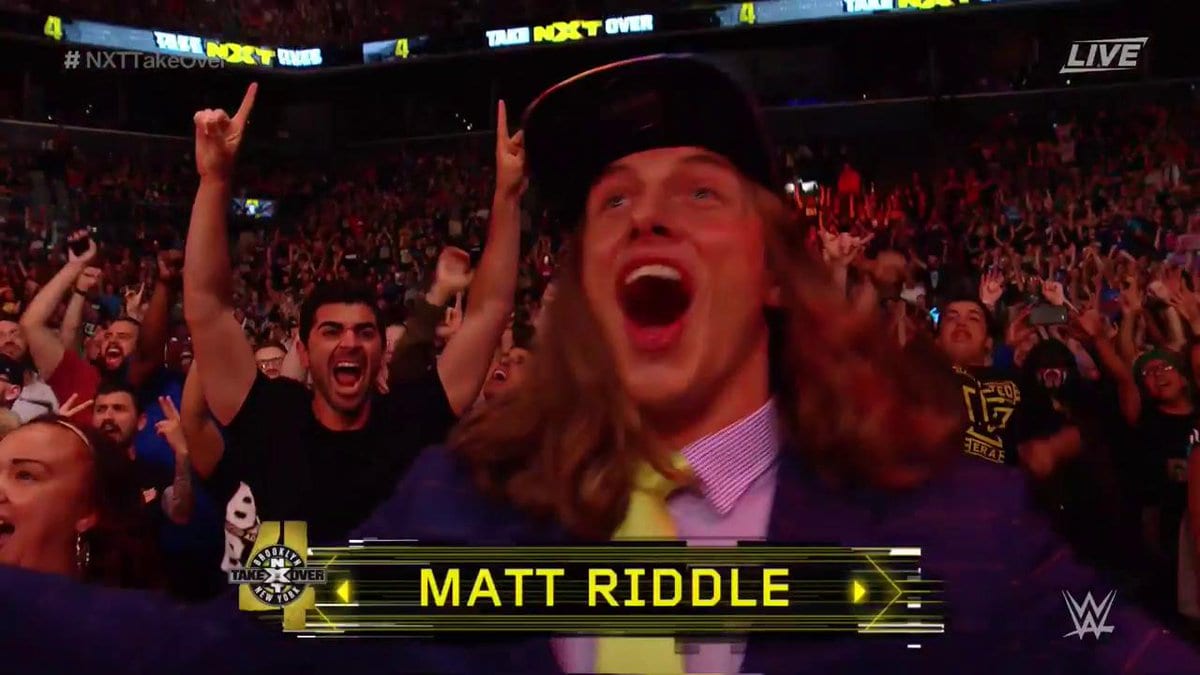 Matt Riddle has finally arrived in the WWE and everyone is hyped. Riddle appeared in the front row of the audience and the crowd erupted as soon as he was shown on the tron.

Riddle came to the event dressed in a suit but had some very peculiar footwear choices. He wore green coloured flip flops under a three-piece suit and that has reportedly tickled some funny bones.

Hearing that some people backstage were laughing about Matt’s flip-flops. pic.twitter.com/OK4X6SCKH8

Triple H also made a joke about Riddle’s footwear on the Facebook LIVE interview with Cathy Kelly. Triple H said that Riddle was at the event for the sale of green flip flops that they had at the merch stands during the show.