X-Pac opens today’s show by paying respect to the recently deceased Jim “The Anvil” Neidhart. He says that every experience he had with Neidhart was positive, and he was great to be around. Obviously Neidhart is best known for his time in the Hart Foundation with Bret Hart, and X-Pac notes that they could have a great match with anyone. 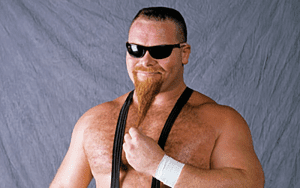 He recommends that everyone go to the WWE Network and watch the Hart Foundation versus Demolition from SummerSlam 1990. He mentions that he was so sad to hear about Neidhart’s passing, and he has reached out to a few members of Neidhart’s family to pay his respects.

X-Pac says he agrees with Jerry Lawler, as they both believe that Brian Lawler was killed in jail and did not commit suicide as was originally reported. He points out that the pictures show that Brian Lawler appeared to be fighting for his life, and the marks on his neck weren’t consistent with someone who hung himself. X-Pac really hopes they get to the bottom of this but he doubts it’s going to be easy.