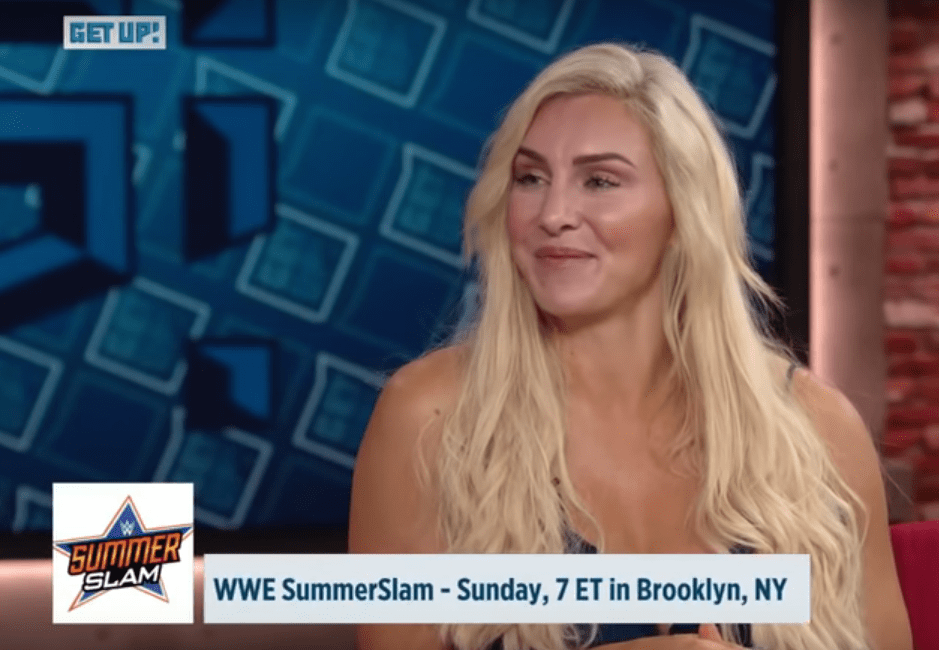 The Nature Girl made a recent appearance on ESPN’S GET UP! where she hyped her triple-threat title matchup at SummerSlam, and even called out Stephanie McMahon or Ronda Rousey as opponents she’d like to face in the near future. However, it was a conversation between show-host Jalen Rose and Flair regarding the Dave Meltzer comments on Peyton Royce’s appearance that seemed most notable.

Rose: Just recently, a prominent writer had some not so flattering comments about the appearance of one of your fellow wrestlers, Peyton Royce, and just talking about how…

Flair: Oh, don’t get me heated…

Rose: … that’s why I’m bringing it up. What about overcoming those stereotypes that come with your sport and when people make comments like this?

Flair: Well, that’s what’s amazing about our job, is we do have the platform to make a difference and voice our opinions on certain things like that. In terms of her appearance being criticized I just go, ‘aren’t we past that?’

You wouldn’t see someone sitting her saying, ‘Oh, well Roman Reigns’ hair is phenomenal’ or ‘Seth’s abs’ or people wouldn’t be like ‘AJ Styles on TNA looked better than WWE’. It shouldn’t be a topic of conversation. And I know that we’re Superstars and people see as untouchable, but we’re human. And when you see negativity like that, it’s got to hurt her.

Like I just wanted to text her and be like, ‘Listen. Ignore that.’ And my dad always said, ‘If they’re talking about you, you must be doing something right.’ And that’s what they were doing, they were talking about her, so whether it was her looks or not, that’s – you would think that we’re past that.

Charlotte was one of the first WWE superstars to Tweet out support to Royce after the incident took off. Will Meltzer attempt to respond to the former SmackDown women’s champion?

More on this story as it develops. In the meantime, check out Charlotte’s full GET UP! segment below.