Given WWE’s recent track record with PPVs, one cannot help but be just a tad anxious about how the whole affair goes. I mean, we all saw Backlash. We know how that went down. But with such a stacked card, what could possibly go wrong?

kevin owens v. braun strowman ends in a no contest 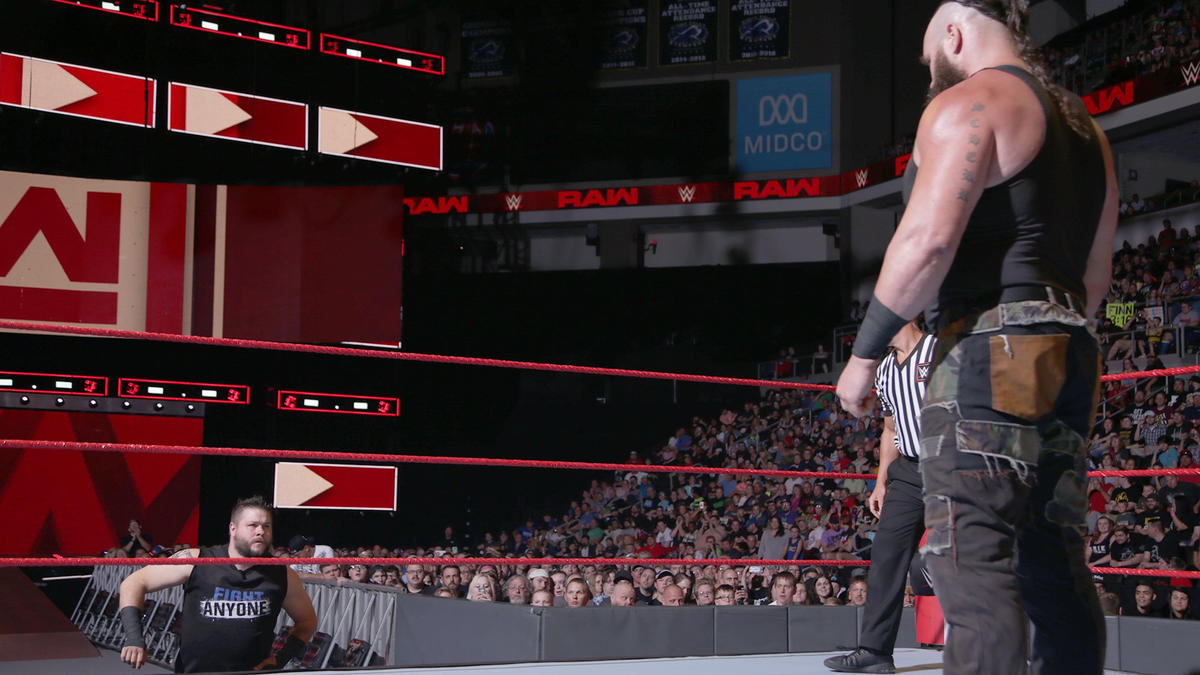 I don’t really know what kind of match to expect from Braun Strowman and Kevin Owens. Maybe it will be better than Omega – Okada IV. Maybe it will be worse than Reigns – Lesnar II: Electric Boogaloo. Who can say for certain?

But imagine it’s a pretty good match. It’s so good that those ten year old kids who make fake Youtube accounts of wrestlers all comment on it. “greatets match evar!” [sic] Then Strowman lifts Owens up for his signature running powerslam. As Strowman slams Owens, both men go through the ring, disappearing from sight entirely. And then a fire appears, for reasons unknown.

Next night on Raw, Kurt Angle makes an announcement. “Last night at Summerslam, the dub-dub-ee Universe did not get to witness a conclusion to Kevin Owens and Braun Strowman’s match. Both men are not here tonight, so we will have a battle royal to crown a new Mr. Money in the Bank. And that match starts right now!”

The match is won by Jinder Mahal, who promptly kicks Roman Reigns in the dick and cashes in on him to become the new Universal Champion.