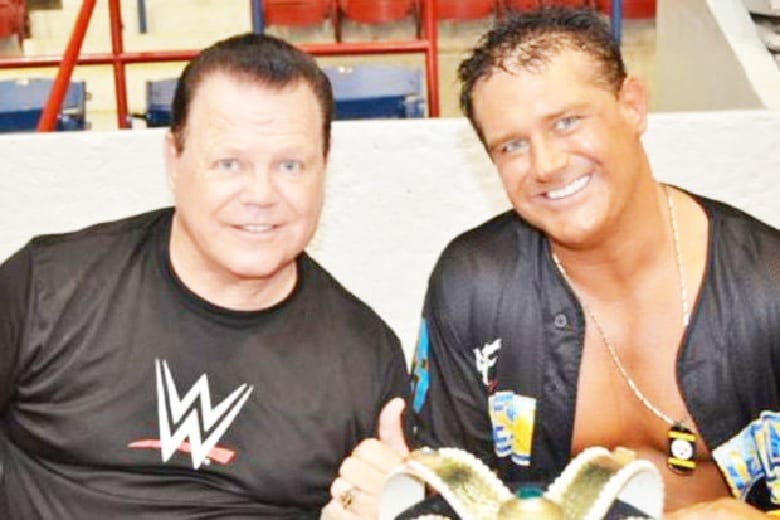 Something went on in that Hardeman County jail where Brian Christopher was found hanging, but Lawler doesn’t think it was suicide at all. The WWE Hall Of Famer spike again on Dinner With The King about what he has discovered since his son’s passing.

We had previously reported that the marks on the sides of Brian Christopher’s neck looked interesting and Lawler agreed as he talked about how he’s been approached by people who would bet millions of dollars that his son didn’t commit suicide. There is also a huge question remaining about exactly what went down, but there is a lot of room to question the official version of the story at this point.

“Nobody who saw Brian in his last few moments is talking to us. But everybody who was in the jail with Brian that day swears — one of the guys he said to me, ‘Mr. Lawler I got $92 to my name, but if I had $9 million I would bet all of it that Brian didn’t hang himself.’ These aren’t any people who have anything to gain by talking to us. as a matter of fact, a lot of them are scared and are worried about their own safety after talking to us and telling us some of the things that went on in the jail that day.”

“It’s really frustrating to hear these things but we’re just really trying to find out what happened to Brian.”

“They said he was hanged by shoelaces and there are a couple pictures of Brian’s neck where it’s almost the bruising from what would be a shoelace apparently, and it goes around and it stops on the front of his neck. The bruising stops at what would be the distance of his hand. When you look at a picture of his hand, there’s bruising that looks like the side of his neck going along the inside of Brian’s hand.”

“To me, it looks like he had his hand trying to pull something off of his neck that may have been choking him. Those pictures aren’t consistent with somebody hanging themselves. So there’s just a lot of stuff that we have talked about a little but there’s still a lot of stuff we can’t talk about right now.”

We will keep you updated on this story as more news breaks. Lawler said these investigations can take a very long time though and after the TBI’s investigation is over, they might launch a private one of their own. There are tons of cameras in the jail as well, but Lawler said he heard a rumor that as many as 20 were down at the time of his son’s death.