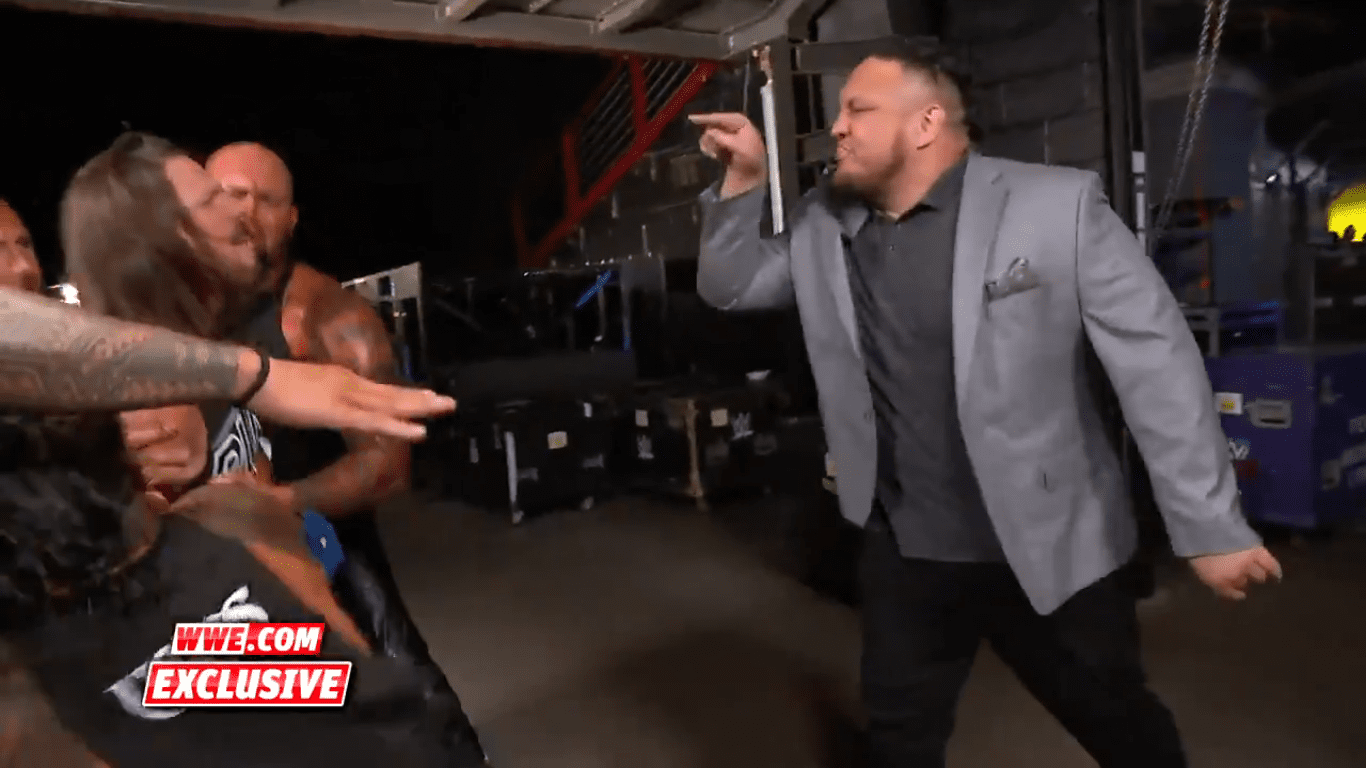 As seen on this week’s SmackDown LIVE, Samoa Joe made things very personal between him and AJ Styles after bringing Styles’ wife into their feud. Joe read a fake letter which he said was written by Styles’ wife Wendy Styles.

Joe read out the letter in the ending segment of Smackdown and claimed that Styles’ wife wrote some demeaning things about him. This enraged Styles but SmackDown went off the air before he could do anything about it.

However, as it turns out, the WWE Champion confronted Joe backstage after the show. Styles was very eager to get violent with Joe but was held back by some of his locker-room mates.

You can check out the footage of their confrontation below.

EXCLUSIVE: @WWE Champion @AJStylesOrg does NOT want to wait until Sunday to get his hands on @SamoaJoe following #SDLive! pic.twitter.com/okORsjHeLd