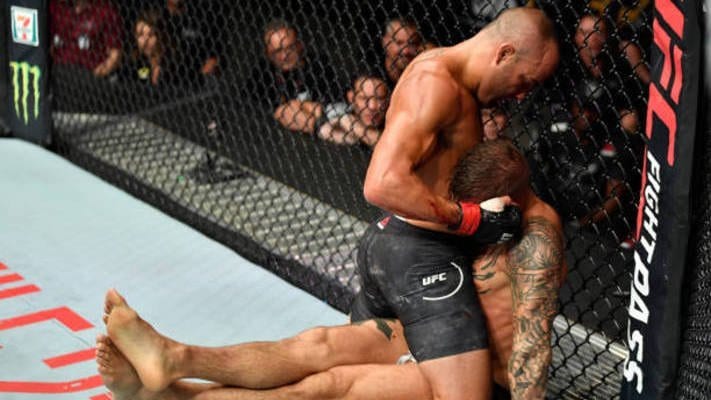 As seen at Saturday’s UFC Calgary event, Eddie Alvarez landed a 12-6 elbow on Dustin Poirier in their fight, which is an illegal strike and referee Marc Goddard stood both men back up.

Alvarez’s coach appeared on Ariel Helwani’s MMA Show and took the heat for the incident.

“On a blame scale of 1 to 10, it’s 100 on me. He definitely did what he saw me do. Definitely my fault. I definitely wasn’t meaning to be cheap at all. I’m not stupid. I’ve been doing this a long time. I know he can’t do a top elbow. Out of the hundreds and hundreds of fights that I’ve done, every single time they say you can’t do that elbow. Maybe I should have went over different ways to do something.”

It’s worth noting that the rematch with Poirier was the last fight on Alvarez’s UFC contract. It remains to be seen if the promotion offers him another one.