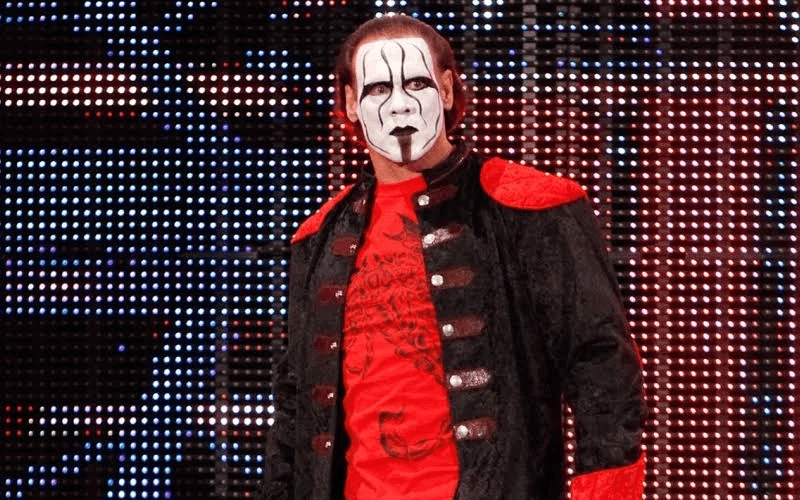 While appearing on Chasing Glory with Lilian Garcia, Sting was asked if he’s finally done with professional wrestling and revealed in fact that he is. Sting mentioned that after he suffered his injury in his match with Seth Rollins that he had a tough time sleeping but that’s no longer an issue.

“Yeah, I’m really done. I mean my neck doesn’t bother me at all. For the first couple of months after the match, I had an ache that would go down to the left side of my neck and down into my left trap. It was like a dull ache that was just there all the time and it was hard to sleep. I don’t have any side effects, any trouble so all I know is the neurosurgeon said, “You are so lucky there wasn’t a catastrophe that happened.”

Sting mentioned that despite the injury he still feels like he could still go before he teased having a match against The Undertaker.

“I got to be careful and it’s sad too because even at my age I feel like I could still go, I could still have a real good Undertaker match for example. We could tell an incredible story with both the chemics and the mystique of both of them. I’ve had these ideas for 20 years, some of the ideas I have in my head. It would be something that people would talk about for a long time, but I’m satisfied. I’m happy with the way things turned out. I did have my WWE run, it was short, but I had one. I did WrestleMania, I wrestled Seth Rollins, I wrestled for the WWE World Title, so I can’t complain.”

Do you want to see The Undertaker vs. Sting? Sound off in the comment section below…