Ross thanks everyone for their continued support after he took a fall while doing commentary at the NJPW event last weekend. He notes that he has a bruised rib and lung on left side and doctors are worried about him catching pneumonia because of the issues he’s having with his lungs. He points out that he’s making out just fine thanks to his great neighbours and his wonderful doctors.

Ross points out that The Miz’s new reality show, “Miz and Misses” debuts soon on the USA Network. He notes that The Miz is great at reinventing himself and pushing himself forward as a performer. He’s unsure if The Miz is as great a natural athlete as some other WWE performers, but he’s a great entrepreneur and showman and this allows him to stand out as a performer. He wishes Miz and Maryse the best of luck with the new show. 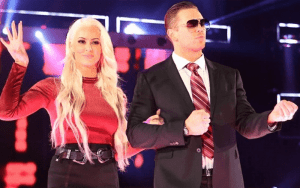 Ross mentions that Impact Wrestling is gearing up for another Slammiversary show and that’s a good sign for the promotion. He credits Scott D’Amore and Don Callis for the work they’ve done there because the Impact’s programming is much better now than it was before, and Ross is happy to see that.

Ross talks about Hiromu Takahashi’s scary incident at the Cow Palace last weekend. Ross thinks that was just a botched spot, but he admits that this shines a bright light on the way talents are working nowadays. Ross informs that Takahashi is sitting up and talking which is great news, and doctors are thinking that he won’t need surgery at this point which is also very good news.