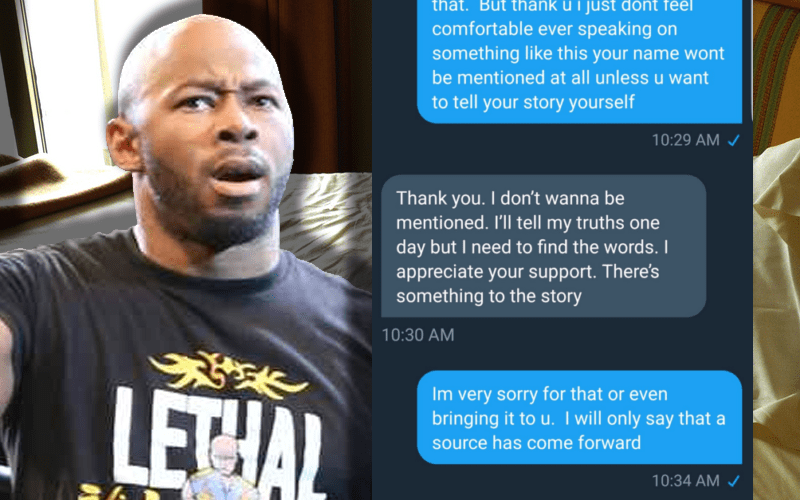 Former Ring of Honor competitor Taeler Hendrix recently came forward with claims on Twitter that ROH World Champion Jay Lethal was responsible for the downfall of her career in the promotion after she refused to sleep with him.

Despite which side of the fence you are on, Hendrix is claiming there is an ongoing investigation into the matter. With ROH releasing a statement and Lethal alluding to his innocence through his Twitter account, there is a lot to take into account.

The allegations towards Lethal, however, seem to just be starting. A video created by the Generating Heat podcast showcased screenshots from a Twitter conversation between the host, Jay G, and an anonymous female wrestler based in Florida who reportedly validated Hendrix’s claims, citing her own against the current ROH World Champion.

You can watch that video below:

The Last Word On Pro Wrestling spoke with Jay G after the video was released. In conversing with them, Jay G had the following to say:

“This is a young girl that has a very close tie to Jay. That’s why I reached out to her and definitely wasn’t expecting the answer I got. She just wants people to know that Taeler is not as awful as fans are making her out to be. She also told me there are others, but I can’t confirm any others. She is a pretty well known wrestler around the Florida promotions and is on TV.”

Jay G also added that despite using the word “young,” the wrestler was not underage.

If the claims made by Jay G above and in the video are true, Hendrix and the female wrestler based in Florida may not be the only two women to have allegations towards Lethal.

Below we have featured an additional screenshot shown by Bodyslam from the allegations. 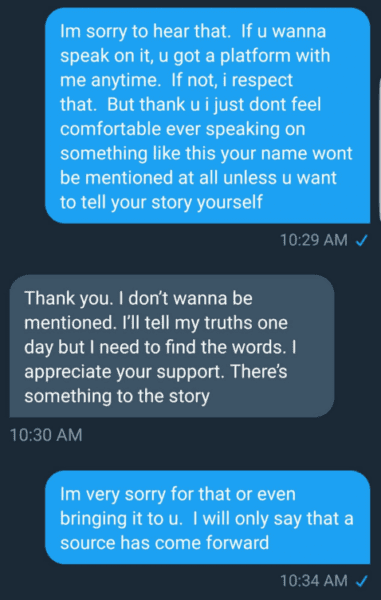 One last point worth noting is that Hendrix is scheduled to appear on the Generating Heat podcast with Jay G next week, so it will be interesting to see what she has to say.

What are your thoughts and opinions after reading this? Do you believe Lethal or Hendrix? Sound off in the comments below.