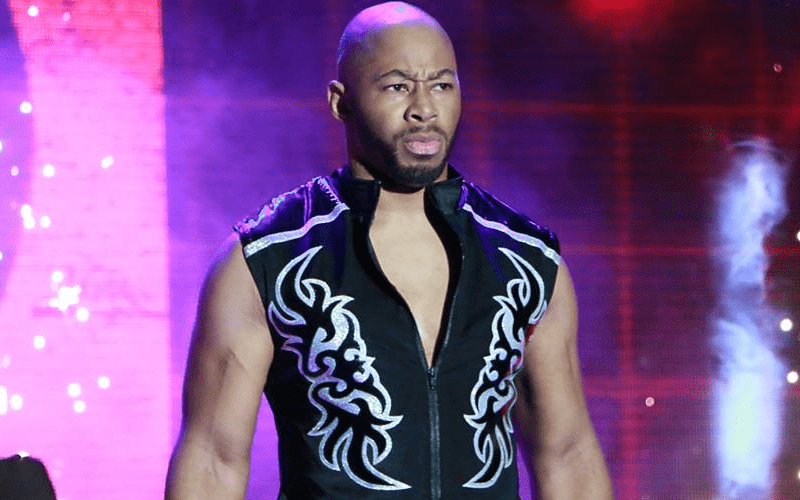 We previously reported Taeler Hendrix made an accusation about Jay Lethal saying that he sandbagged her with management backstage so she never appeared on ROH TV again after she wouldn’t sleep with him.

We’ve seen these kinds of accusations pop up in the past and being in the middle of the Me Too movement, they need to be taken seriously. After all, claims like this were disregarded for years and it’s never been okay to act in such a way.

If this is true, it would be awful. Jay Lethal hasn’t necessarily responded to this accusation, but he did like a statement seemingly directed at the situation.

Sonjay Dutt tweeted out: “Slander. F*ckin’ insane. Batsh*t crazy,” within the hour of this story breaking. Then Lethal liked this tweet. This might sum up his thoughts on the situation.

Only time will tell if anything happens because of this. But this is the last thing the new ROH Champion or anyone else needs for that matter. 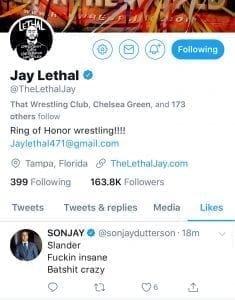