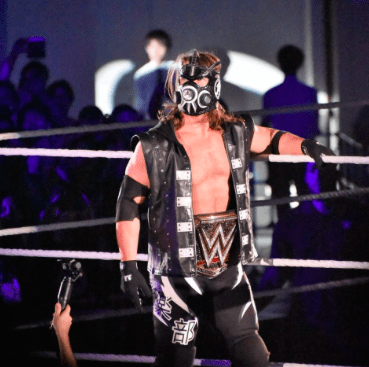 The Phenomenal One was more than happy to give the fans of Japan a little reminder of his New Japan run as the leader of the Bullet Club. During the WWE’s recent tour of Tokyo, the WWE Champion wore his famous New Japan mask to show love for his former faction brothers. This is the second time Styles has dawned the cloth, the first back in 2017 during an event in Osaka. (Styles was the United States Champion at the time.) See the image below, courtesy of @Kemurist on Twitter.