Ross opens today’s show by speaking about this past week’s episode of Monday Night RAW.

Ross wasn’t surprised that the show started off with a nice acknowledgment of the recently deceased Vader. He thought that was nicely done and he notes that Vader was one of a kind.

He notes that WWE Creative is seemingly ignoring the success Bobby Lashley has had in MMA. He thinks this is a huge mistake by WWE because Lashley is 15-2 in MMA and he thinks it’d be smart of WWE to promote that, specifically if they’re heading towards a match between Lashley and Brock Lesnar. 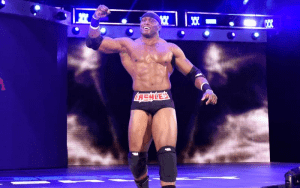 Ross is intrigued by the contract storyline surrounding Brock Lesnar. He’s not sure if any of this is real, but there’s no doubt that it’d be in WWE’s best interest to sign Lesnar. It’s fairly evident that UFC is interested in a fight between Lesnar and Jon Jones and Ross admits that he’d love to see that fight. There’s a $25 Million figure being thrown around in rumours as well, and if that’s the case he wouldn’t blame Lesnar for wanting to make that money.

If Lesnar leaves WWE Ross wonders what’ll happen to Paul Heyman. He believes that Heyman is tied to Lesnar at this point, noting that they make a great unit. Some people have suggested that Heyman should pair up with Ronda Rousey and Ross admits that those two might work great together, but he wouldn’t want to choose between Rousey and Lesnar. He’d like to have both of them under WWE contracts if possible.