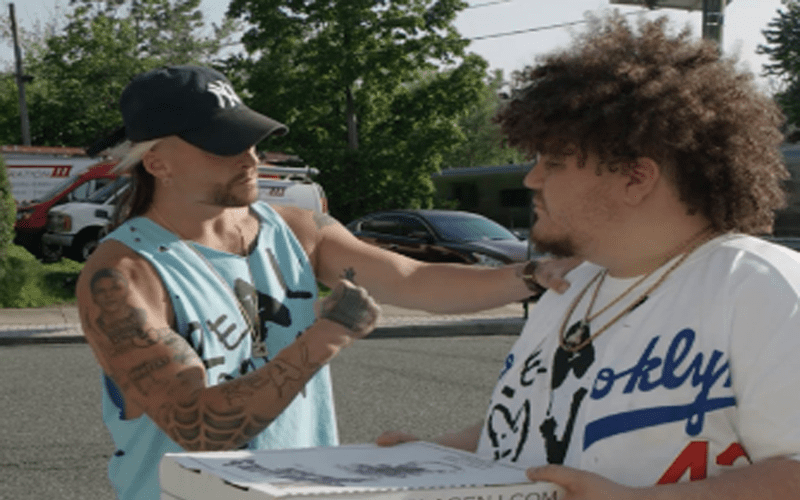 Former WWE Superstar Enzo Amore has been in the news a lot lately. From the conclusion of the rape allegations by Philomena Sheahan to his first rap songs to his response on Big Cass being released from WWE, he seems to attract attention wherever he goes.

In a passionate, almost ten-minute length video to the newly revealed Instagram TV (IGTV) feature, Amore decided to release the freestyle rap for all his fans to see. The video was reportedly not planned and was a spare of the moment decision made by Amore in between trains.

The video goes over a number of societal issues such as journalism, the media, politics, and people. He has already garnered a widely positive reception from fans within the time it has been available online. You can watch yourself at the following link.

Amore challenged fans to keep up with all the messages from the video in a tweet also linking the promo-length rap.

Just dropped an #exclusive video on my #IGTV channel… #DoTheRightThing see if you can keep up with me 👉🏼 https://t.co/NzPlc8Spyf #real1🖤 pic.twitter.com/S5lNDBovnG

You can also look to the following tweets for more information and interaction from Amore on the track.

"I truly believe that human is my race and love is my religion." @real1

There is no rewind button on live tv. And I’m LIVE…. I had ten minutes and 1 take inbetween trains…. my response to a 4 month social media silence: my IGTV

Did you like the rap? What are your thoughts on the messages in the video? Sound off in the comments below.