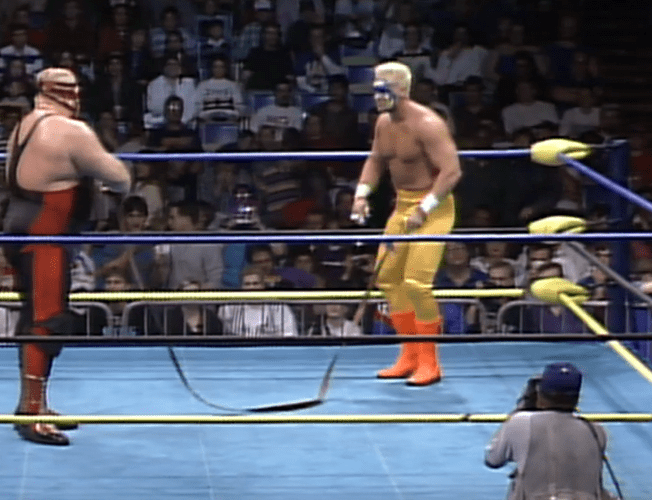 Leon Allen White debuted in 1985 and as Vader, he would become one of the most well-known and respected super heavyweight wrestlers in professional wrestling history. Sadly, Vader passed away earlier this week due to a bad case of phenomena.

Sadly, Vader has been in a terrible condition with ongoing heart issues over the past few years. He took to Twitter only months before his death to say things weren’t looking good and he might not have long left to live. With surgeries and hospital visits plentiful, one WWE Hall of Famer took it upon themselves to start visiting Vader, acting as a friend and companion when “The Mastodon” needed it the most.

In an interview with TMZ Sports, the son of Vader shared some stories involving his father, additionally addressing a number of topics related to his death. Vader’s son confirmed that Vader’s famous rival in Sting had been visiting his father for the past 10 months up to a year, where the two would hang out, do bible studies together and keep one another company. In the words of Vader’s own flesh and blood, this act of kindness from Sting was nothing short of a blessing.

“My father was a God-fearing man and so was Sting, and they would sit down and read the bible together. Go over the bible, just talk about life and good time stories and, yeah, Stings been a huge blessing throughout this process.”

Additionally, Vader’s son named Diamond Dallas Page, “Stone Cold” Steve Austin and Mick Foley as three individuals that also reached out to the family after Vader’s death, specifically thanking them for what they have done.

Ringside News would like to once again extend our condolences out to Leon White’s family, friends and those who knew him throughout his extensive career in the professional wrestling industry. May his impact never be forgotten.

What are your thoughts reading about Sting’s involvement? What is the most memorable moment of Vader’s career to you? Sound off in the comments below.