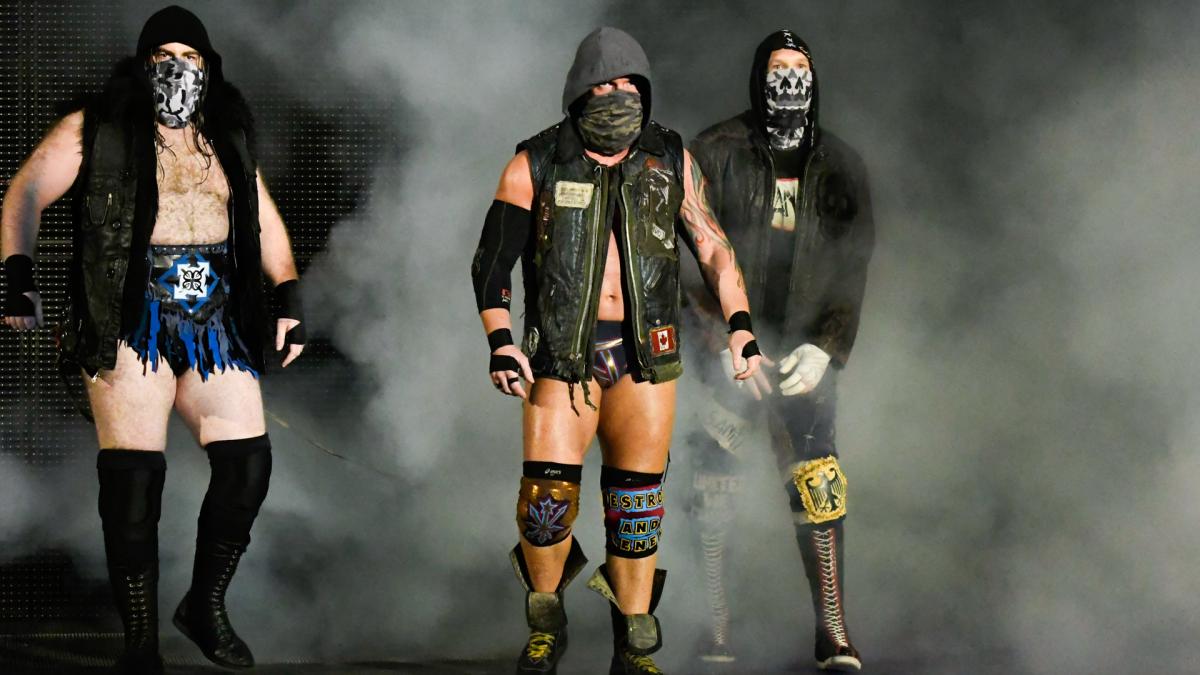 SAnitY was coming and now that they’re here chaos will be everywhere. Eric Young, Killian Dane, and Alexander Wolfe haven’t even wrestled a match yet on the main roster because their only real attempt at a contest ended in an absolute squash where they left The Usos down without the bell even ringing.

It looks like a feud between SAnitY and the Usos could be on the way which is a shame Nikki Cross isn’t a part of the faction anymore because she could have dealt with Naomi in the meantime.

SAnitY might not have been booked at a recent live event but that didn’t stop them from dropping by to destroy some unsuspecting victims.

Kalisto and Epico got the wrong end of a welcome from SAnitY in Albuquerque last night and you can check out the video below to see the kind of damage they dealt out. It’s interesting to see how WWE is booking SAnitY with these run-ins. Let’s hope the chaos can continue.