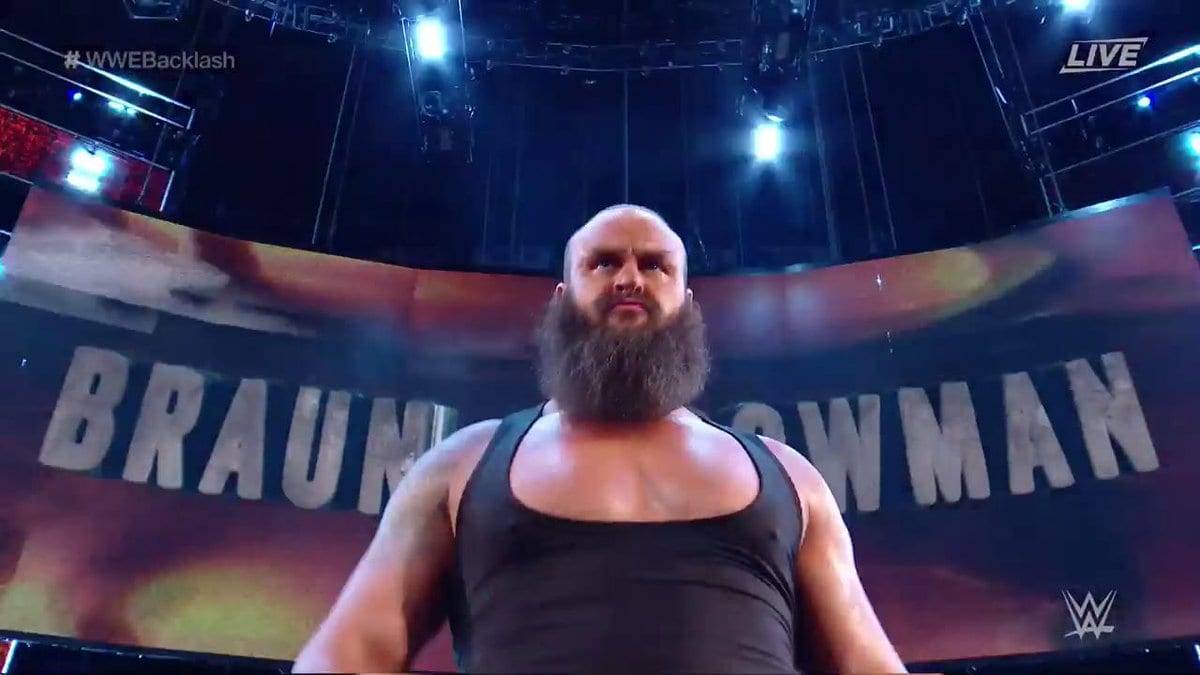 You never know what can cause an injury because we only see WWE Superstars while they’re in front of the curtain. But it appeared Braun Strowman suffered some kind of nose trouble before he even stepped out in front of the Anaheim fans.

The Monster In The Bank was holding his nose on the way to the ring while he tried to stop the bleeding. Reports were they stalled a little bit before the bell rang to give Braun a little extra time as well.

Goldberg once busted himself open before coming out when he hit a headbutt on a door. We can only imagine what kind of pre-match ritual would cause Braun’s nose to bleed like this but maybe it was just one of those strange and unfortunate happenings.

For whatever reason, seeing Strowman bleed means at least the monster is human.