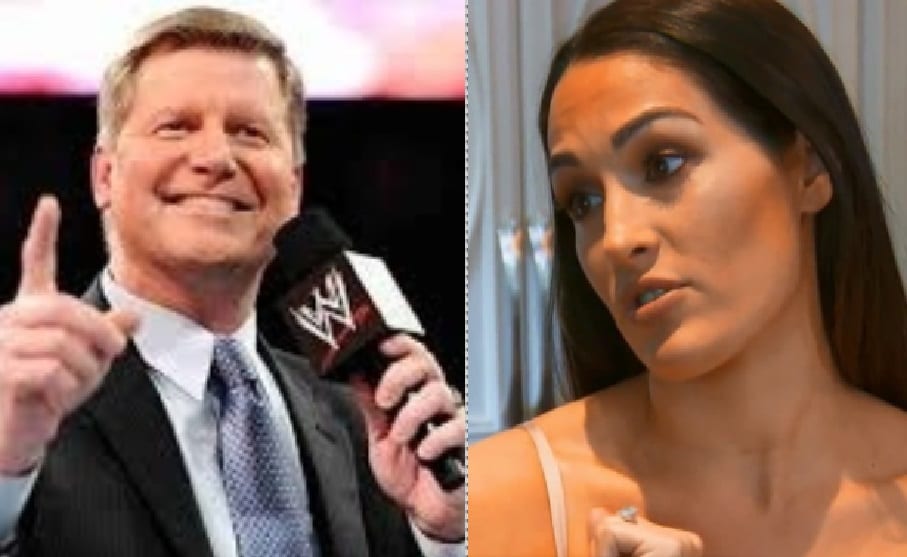 Nikki Bella found herself in an interesting situation on the way to plan her wedding with John Cena. She didn’t know who to ask to walk her down the aisle.

Nikki wanted her father but they don’t have a great relationship. Nikki’s mother wanted to walk Nikki herself and another thought was that Nikki’s brother JJ should be the one doing it.

Then Nikki had a talk with her father-in-law John Laurinaitis about what she should do. During their conversation, Johnny said he would love to do it and Nikki didn’t say no leading him to believe he got the job.

This led to the former Raw GM bringing tap shoes and performing for the family to demonstrate his idea of what they could do down the aisle on Nikki’s wedding day. In the end, Nikki had to have a tough conversation, but it was still a pretty tough situation to be in seeing how Johnny Ace had a lot to do with the Bella Twins signing with WWE in the first place and he feels as if he’s their “WWE father.”

Nikki called the entire family together and revealed that she didn’t need anyone to walk her down the aisle because she’s a strong independent woman. This was an incredibly clever way to get out of this sticky situation.