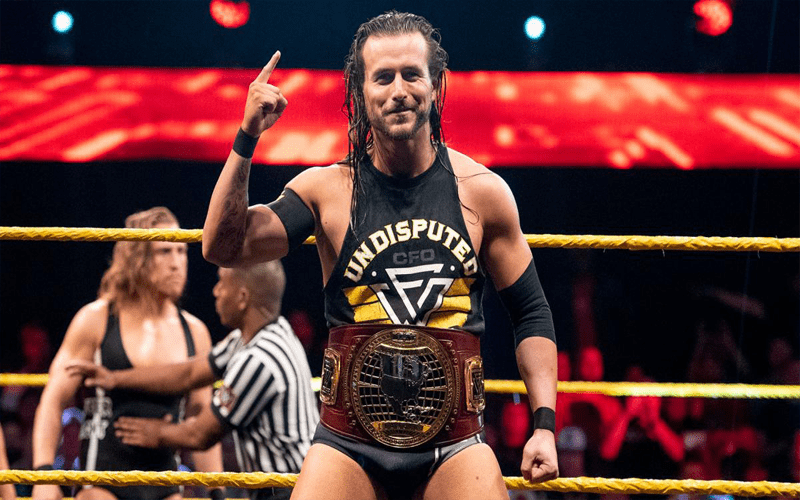 WWE is reporting via their official website that Adam Cole of The Undisputed Era will be defending his NXT North American Championship during an upcoming EVOLVE show later this month.

Cole won the Championship during NXT TakeOver: New Orleans on the night before WrestleMania 34 and has retained gold since. It is now being reported that at EVOLVE 107, which takes place in Melrose, MA, ‘The Panama City Playboy’ will take on his latest challenger.

While his opponent remains unknown at the moment, Cole will be at the event on Sunday, June 24 to compete on behalf of WWE, who have a working agreement with EVOLVE. Also on the show, which will air live from the Melrose Memorial Hall, WWN Champion Austin Theory will be in action, alongside EVOLVE Champion Matt Riddle and the powerhouse that is WALTER.

NXT #NorthAmericanChampion @AdamColePro will be coming to EVOLVE on June 24th in Melrose, MA for a title defense. Opponent will be announced this Monday. Tix & info at: https://t.co/5xJjIQc26h pic.twitter.com/b7XX4ZOiil

In the past, WWE has had some of their performers work with EVOLVE, while EVOLVE competitors such as Keith Lee, Chris Dickinson, and Jaka have competed on the WWE stage.

If you’re in the area and are interested in attending the event, which will surely be one to remember, you can click here to purchase tickets.