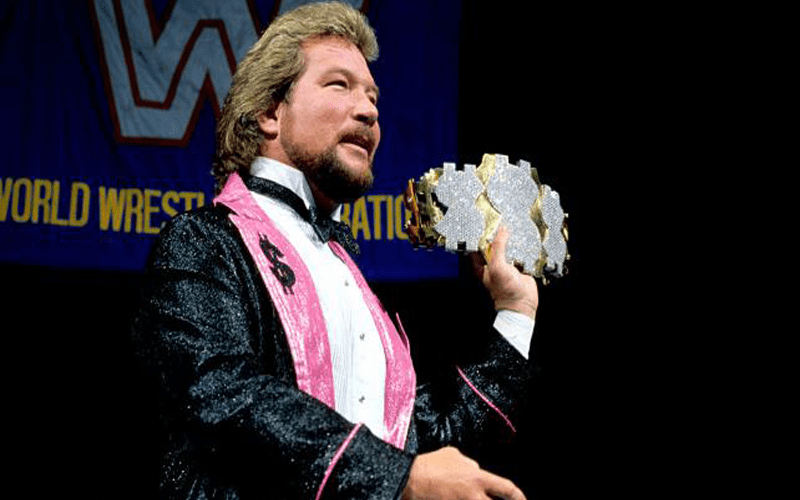 WWE Hall of Famer Ted “The Million Dollar Man” DiBiase was a guest on The Gerry V Show in Charlotte in promotion of an upcoming autograph session. While there, DiBiase revealed some intricacies of his character and how he came to be the “Million Dollar Man.”

DiBiase explained that he arrived in WWE as a shell of the man he would become. Vince McMahon, at the time, felt that there should be an on-air version of his own character, and DiBiase fit the description McMahon desired. This led to the now famous gimmick being born.

During his time as the “Million Dollar Man,” DiBiase was often given $2,000 in “flash money,” which he was told he would lose if he abused it. With this ideology forming, DiBiase traveled in limousines and jets, showcasing the wealthy side.

During the show, the WWE Hall of Famer recalled shooting vignettes with a wad of $100 bills and going to different bars to pick up tabs to add further layers of credibility to his gimmick. He added that he and fellow WWE Hall of Famer Ric Flair joked about the difference between them- which is that Flair paid his own tabs, while McMahon paid for DiBiase’s.

In addition to this, DiBiase confirmed his biggest milestone, at least in his eyes, was his match on March 27, 1988, against “Macho Man” Randy Savage at WrestleMania 4, which was his first match on the WrestleMania stage.

Another highlight for him during his saga as the “Million Dollar Man” was an episode of The Main Event, where he bought the WWE Championship from Andre The Giant. Speaking further on the legendary “Eighth Wonder of the World,” DiBiase referenced the ailing health of the Giant as they worked together.

“There were nights where we would walk to the ring and he would put his hand over my shoulder. To the public, it was like, ‘well, that’s just his partner,’ but he was steadying himself because his of his back, and so I would be the one doing most of the bumping and flying around the ring.”