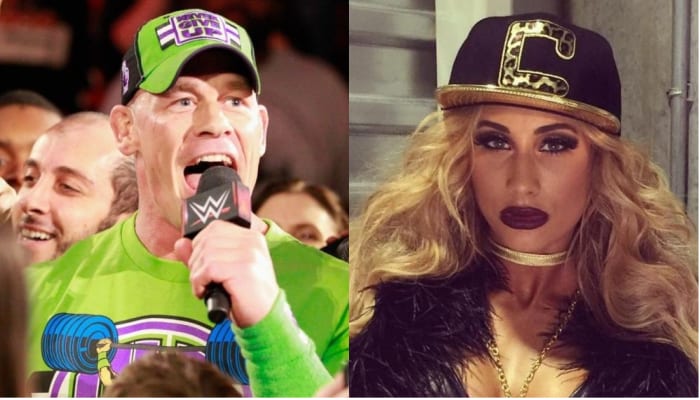 There were reports a while back that John Cena might have already moved on from Nikki Bella and was hanging out with a cast member from a reality television show. It was speculated that the reality TV show in question could be Total Divas and the cast member might have been Carmella.

But Mike Johnson opened up on this topic during PW Insider Elite audio where he revealed what’s going on in the situation between John Cena and Carmella.

So there you go, according to Johnson, there was nothing going on. But it probably doesn’t matter at this point because John Cena and Nikki Bella are said to already be back together.

If you use quotes credit Ringside News