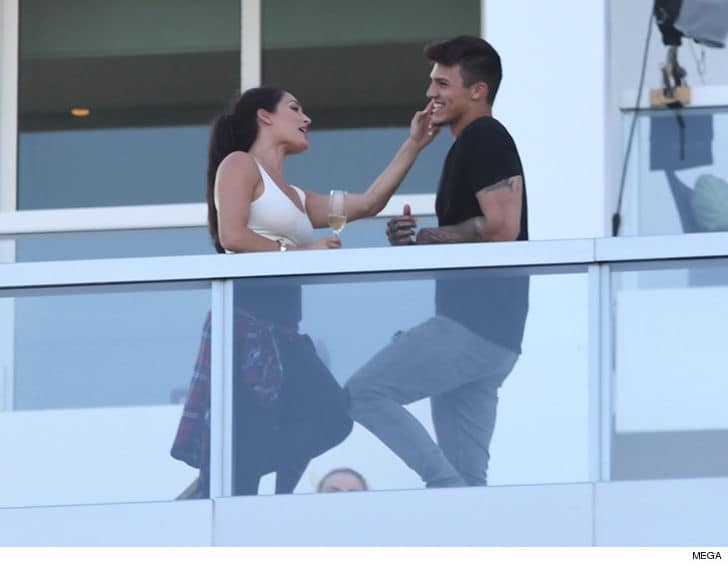 Photos have surfaced online of Nikki Bella flirting with a 21-year-old in while in Miami this past Thursday.

Nikki Bella spoke with TMZ about these photos and said that it was suppose to be a prank on the paparazzi, who regularly watch Total Bellas and have been following their relationship. She mentioned that because she was seen flirting with him, doesn’t mean that she’s interested.

Nikki added that the bartender is a model the show hired to serve them drinks at their penthouse. Nikki said that she’s not dating anyone at this time.