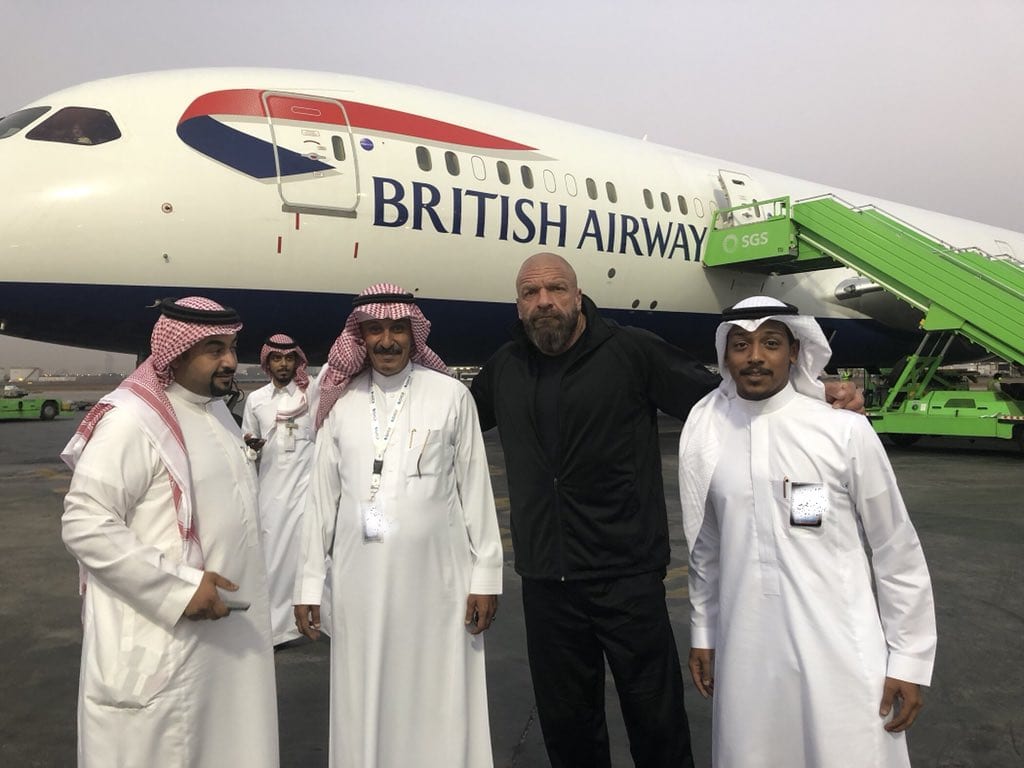 The Greatest Royal Rumble is less than a week away and WWE is already sending some people over to the market to make an impression. The stage is starting to be built so they need Superstars on the ground as well to help hype the big show.

Triple H arrived in Saudi Arabia last night and took a selfie in front of his jet. Mark Henry and Mojo Rawley were also sent over there early as well.

It looks like WWE is putting a lot of effort into this show as the time approaches and as April 27th comes closer you can expect just about every WWE Superstar to follow them to Saudi Arabia as well.

Just landed in Jeddah, Saudi Arabia. Big week ahead for @WWE with #KSATryouts and #WWEGRR this Friday live on the @WWENetwork. pic.twitter.com/vcyUCmYQZP