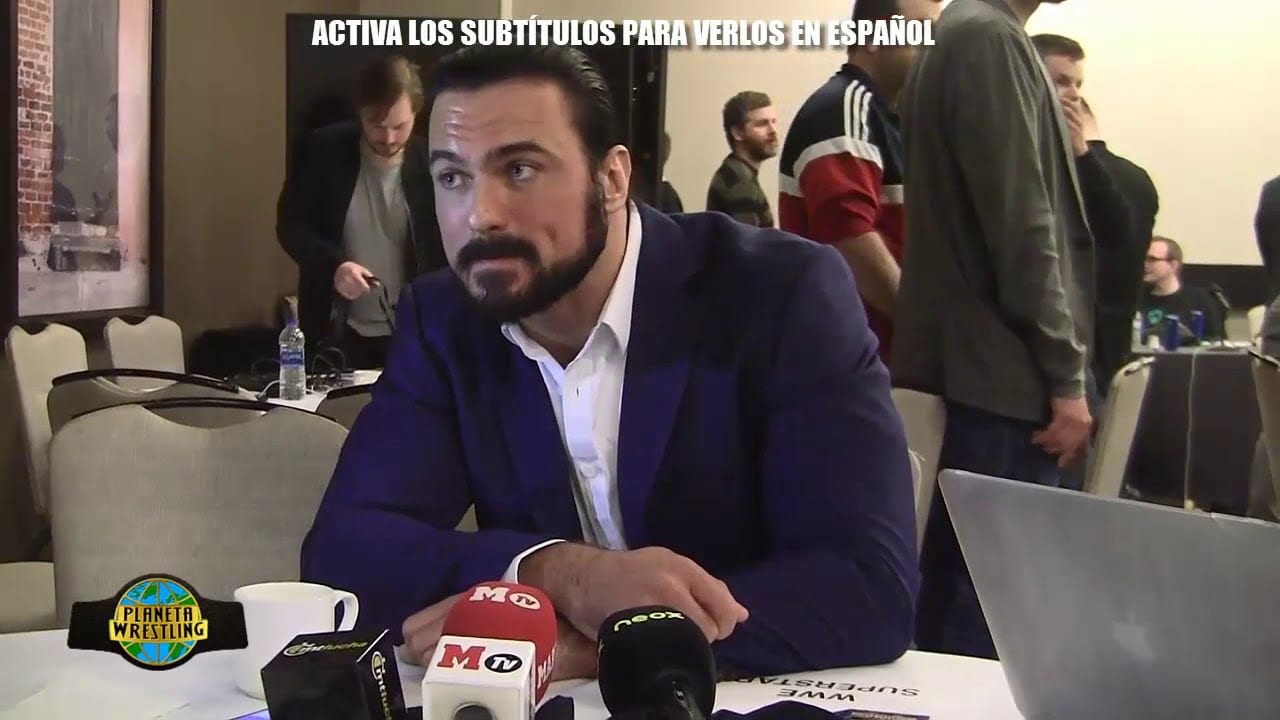 Former NXT Champion Drew McIntyre spoke to Planeta Wrestling where he discussed a variety of professional wrestling topics. McIntyre talked about his recovery from the bicep injury he suffered in November 2017:

“I got injured on November 18th [NXT TakeOver:War Games], I was wrapping my arm around my injury [torn bicep], and I started to Google the fastest amount of time someone has healed with this type of injury, it said four months, so I set out to get healed in four months by WrestleMania weekend, and I have been working very hard to come back.”

McIntyre says that Andrade’s pairing with Zelina Vega is “perfect”. According to the ‘The Sinister Scotsman’, Andrade is an all-round wrestler and now that he is paired up with Zelina he can truly shine. McIntyre lost his NXT Championship against Andrade at NXT Takeover: WarGames and that is the very match where he tore his bicep and got injured for months.

“I think he is very, very good. I think the pairing with Zelina Vega was perfect. It was just something that was missing. He is very good in the ring; great high-flyer, but he never really got to show it until he wrestled against myself. He can do everything. There was just something that was missing until the pairing with Zelina Vega, and I think he is going to shine in every area of his game. There is no shame in losing against him. He hits very hard. I hit very hard. He has some cool moves up his sleeve.

In the end he dropped me on my head, tore my bicep and won the title and put me out on four months. On that night, he was the better man.”

You can check out the entire interview by Planeta Wrestling embedded in the video below. H/T to WrestlingInc for the transcription.