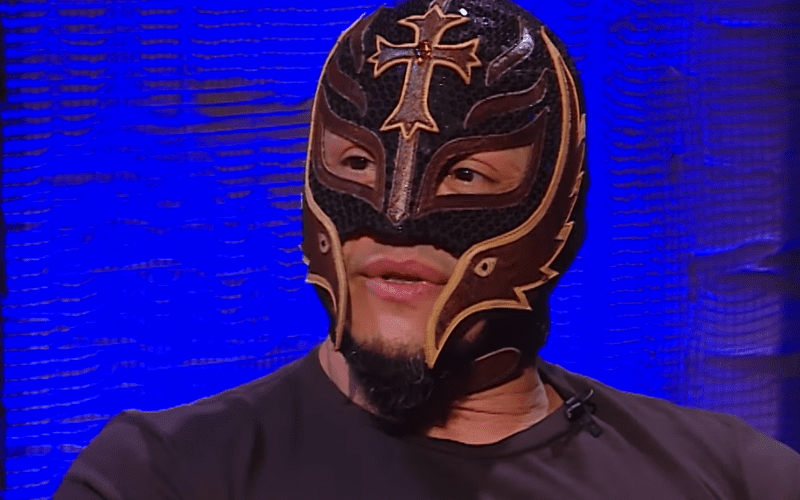 Rey Mysterio couldn’t work the scheduled Strong Style Evolved show against Jushin “Thunder” Liger for New Japan because he had a bicep injury. But with him reportedly confirmed by PW Insider that he will be at the Greatest Royal Rumble, it looks like Mysterio might need to get ready to compete pretty quickly.

It looks like Mysterio hasn’t slowed down in the gym and he recently uploaded a video of himself lifting while wearing a disguise to hide his face. But you can tell it’s him because nobody has tattoos like Rey Mysterio. His son Dominik who is also training to be a pro wrestler was there as well.

So if you were wondering how Mysterio’s arm is doing this should clear things up for you pretty quickly.