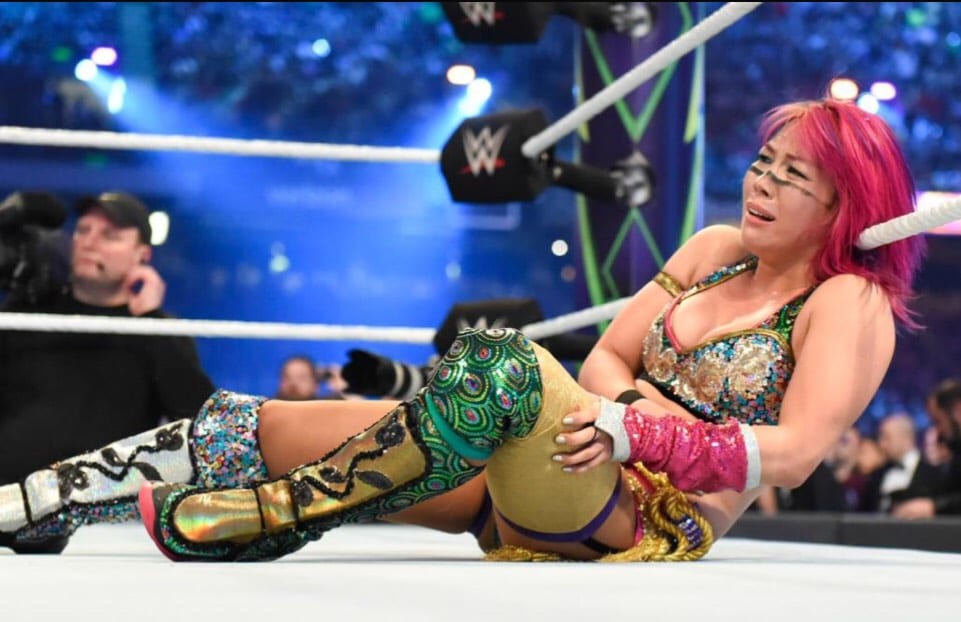 Asuka took on Charlotte Flair for the SmackDown Women’s Title at WrestleMania 34 and she didn’t walk away with the win. If anything it only made Flair’s Figure 8 finishing move appear even more dangerous.

Flair might not have held onto her title for long after Mania, but as Brad Shepard revealed on Backstage In WWE the initial plan was much different until WrestleMania got a little bit closer and then plans were obviously changed.

“This was very interesting because originally Asuka was going to win with a Carmella cash-in. Carmella was going to lose and the big match they were going to build to was Asuka vs Ronda Rousey. Now you may have heard me promote personally the biggest match they could do is Ronda Rousey vs Charlotte and they finally came around to that opinion at some point in the past few weeks.”

“I don’t know exactly when but it was around the time Asuka stopped using the armbar that they made the decision that Charlotte was going to go over and end the streak and be the person and Vince lost faith in Asuka as that top woman to face Ronda Rousey. So that’s essentially what happened.”

Ronda Rousey vs Charlotte Flair could be a big money match but that wasn’t what WWE had in mind from the start. It is strange when they seem to lose faith in someone so quickly especially someone who had been built up like Asuka.