Russo is joined on today’s show by Big Vito.

Russo opens today’s show by pointing out that the length of WrestleMania really hurt the show as it reached its conclusion. He thought the energy reached a high point after the Ronda Rousey match and as Daniel Bryan made his return to the ring. He doesn’t care how good a show is; if it’s seven hours long it’s going to struggle to hold the fans’ attention.

Vito begins by talking about the Universal Title match between Brock Lesnar and Roman Reigns. He thinks this match went south in a hurry, and when Reigns started kicking out of Lesnar’s finishes, Vito thinks Lesnar became frustrated and busted Reigns open the hard way on purpose. 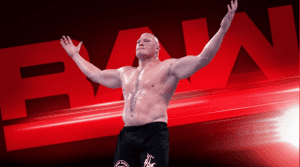 Russo doesn’t think a situation like that would happen. He points out that Reigns is a tough guy and he’d never lie down for the 3-count for Lesnar if Lesnar legitimately went into business for himself like that.

He adds that this match consisted of two big guys working very physically, and he doesn’t think the human body is meant to take some of the punishment that was handed out in this match. He points out that Lesnar could have broken Reigns’ neck with one specific suplex on the outside, but luckily Reigns tucked his head at the last minute. Vito adds that people aren’t being trained to work the way they were years ago, and this leads to some dangerous spots during matches.