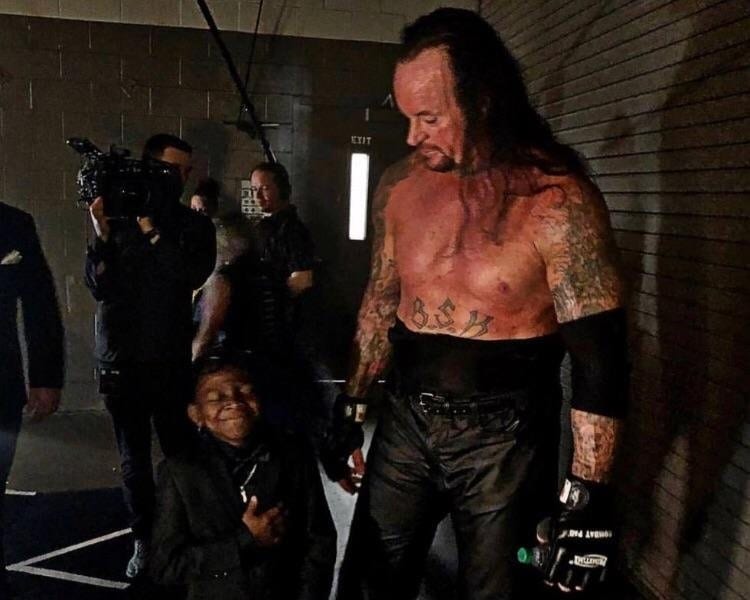 WWE Hall of Famer and the Warrior Award Recipient of 2018, Jarrius “JJ” Robertson is a witty little guy. This brave little kid has inspired people around the world with his triumph over his life-threatening disease.

However, at last night’s WrestleMania 34, Robertson might have had one of the happiest moments of his life because he got to meet The Phenom himself. After his match with John Cena last night, The Undertaker was photographed with Robertson backstage, who looks very content with this meeting: 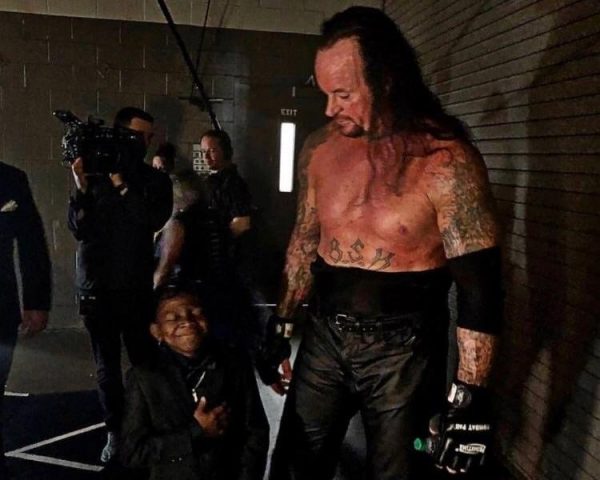 Getting to meet with the Phenom is an achievement in itself because of his larger than life persona and notoriety in pop-culture. That smile on The Undertaker’s face suggests that even he enjoyed his brief meeting with JJ.