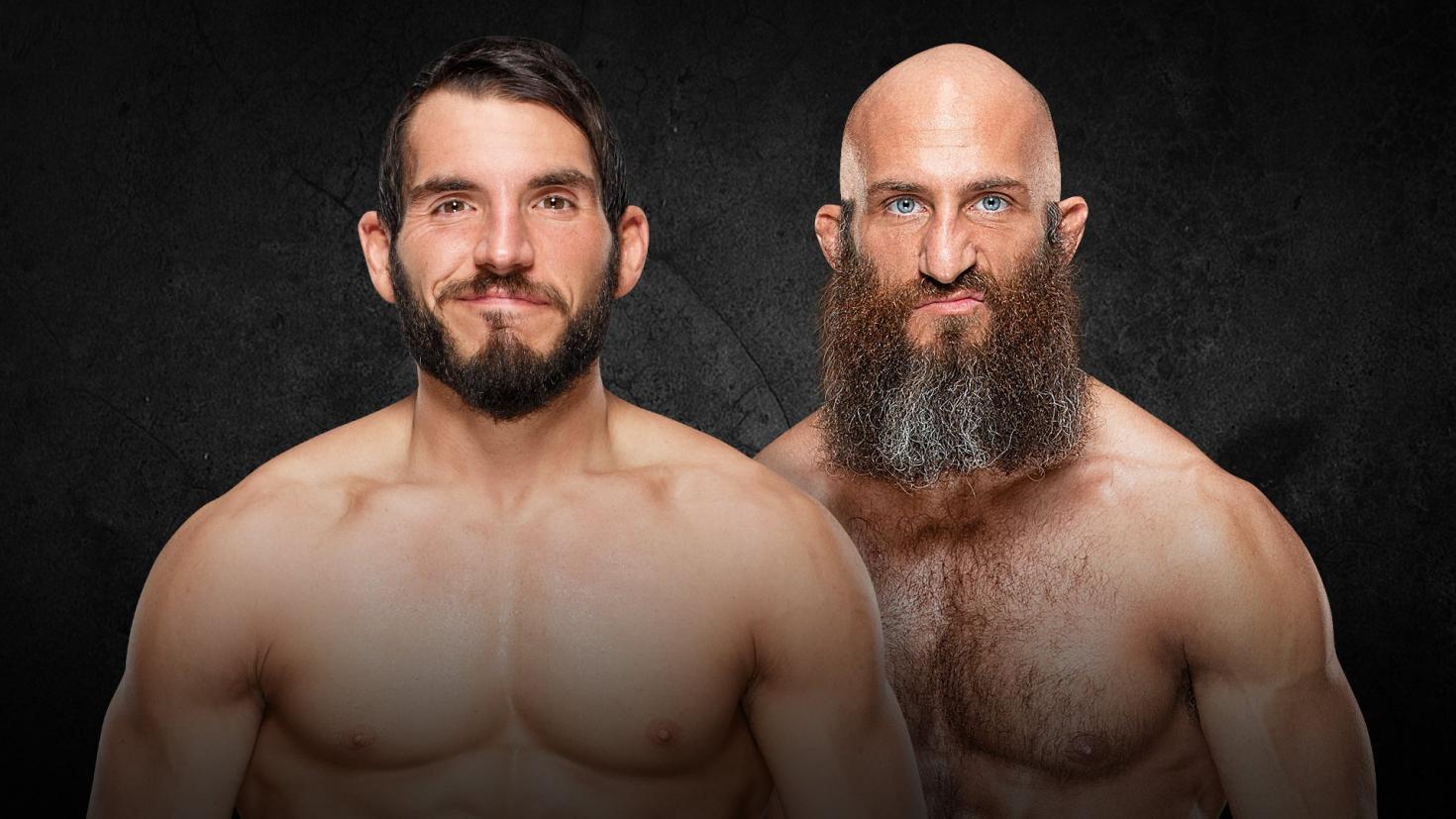 Few stories in wrestling have had as slow of a burn or lasting an effect as the current feud between Johnny Gargano and Tommasso Ciampa. The former indy stars use to have as close a relationship as you could imagine, and even captured the NXT tag team titles as team #DIY.

Then something happened. Gargano and Ciampa were outmatched when they lost the belts to the much larger Authors of Pain, and weren’t able to earn them back on multiple attempts. #DIY and the AoP even headlined Takeover Chicago last May in one of the most grueling ladder matches you’ll ever see, but it still wasn’t good enough. Somehow, Tommasso got it into his head that it was all Johnny’s fault, because on that very same evening in the Windy City:

The attack instantly made Ciampa one of the more disliked heels on the yellow and black brand, but an injury to his leg meant that this story wasn’t able to conclude anytime soon. Johnny was broken, but he would continue to compete, because that’s what great competitors do. They shake off the dirt, shake off the heartbreak, and get up to fight another day. Gargano would suffer through failures as a singles competitor, losing to Andrade Cien Almas at Takeover Brooklyn III, and coming up short against Pete Dunne for the United Kingdom Championship in Houston.

Thanks to an injury to the Velveteen Dream Gargano was able to snag a spot in a series of #1 contenders matches for the NXT title, and somehow the beloved underdog found himself the winner. At Takeover Philadelphia, he would finally get his long awaited shot at the NXT Championship against…the very same man he lost to earlier in the year…Andrade Cien Almas.

AND OH WHAT A MATCH IT WAS.

But this isn’t a fairy tale. The hero doesn’t always triumph at the end. Johnny left it all on the line that night in Philly, and it still wasn’t enough. Moments after the match he stood on the runway with his wife, tears in his eyes as the NXT crowd serenaded him with cheers and applause. He may have lost, but at least he tried.

Ciampa would smack Johnny Wrestling in the square of the back with the very same crutch he was using to hobble around. The Psycho Killer may have been absent, but the rage and disdain he held for Gargano grew stronger than ever.

A few weeks later on NXT television Gargano would butt heads with Andrade again, claiming that he would put his career on the line for one more shot at the title. Andrade and valet Zelina Vega agreed and the match took place at Center Stage in Atlanta. (Full Sail wasn’t available for filming on those days.) Gargano’s wife, Candice LeRae, was able to run off Zelina to ensure that Johnny and Andrade were to go one on one with no interference. What Candice didn’t count on was the Blackheart Ciampa showing up again. One crutch shot later, and Johnny Wrestling’s NXT career was over.

Or so we thought. After weeks of trying to address the NXT crowd, Tommasso Ciampa was constantly booed until he left. On the return to Full Sail Ciampa tore away Gargano signs from the NXT crowd, insulting them and starting fights with grandmas as he did it. That was until…Gargano ran in from the crowd to fight his former best friend.

And attack him as he showed up to work.

And show up at his house at 3am looking for a fight.

Ciampa is entirely in the wrong, but he didn’t make Johnny put his career on the line, and technically, TECHNICALLY, Johnny should not be on WWE grounds if he’s no longer employed. Which is exactly what Tommasso went to talk to William Regal about, thinking that he would increase security or even add protection. Instead, the General Manager gave what he thought was the most justified ruling:

And if Ciampa wins… #JohnnyWrestling will be BANNED from #WWENXT! pic.twitter.com/b6l4MyfMLh

The story of two friends, two brothers now at war, will finally come to a head on April the 7th.

No where to run, no where to hide. Once that bell rings.. you're mine. #UnsanctionedMatch pic.twitter.com/fQvVoqRCfO

What a time to be alive.