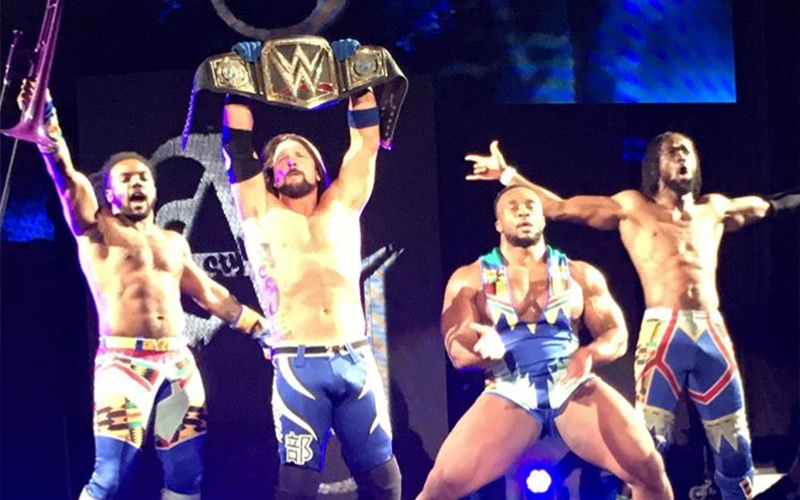 It was recently reported by Ringside News that AJ Styles was scheduled to appear at a WWE Live Event in New Jersey this weekend. Apparently, Styles did end up working the event in an 8-Man Tag Team Match alongside The New Day against the team of Rusev, Aiden English, Chad Gable and Shelton Benjamin.

This means that Styles’ injury which was initially rumoured to be concerning is nothing serious.

The match saw the team of babyfaces come out as victors. After the match, AJ Styles celebrated with the New Day and even ended up dancing with them in a fun moment:

Had a blast at #WWETrenton can’t wait to go to backlash next! pic.twitter.com/cpCc2K0Gld

How excited are you for AJ Styles vs Shinsuke Nakamura at WrestleMania 34? Let us know in the comments below…