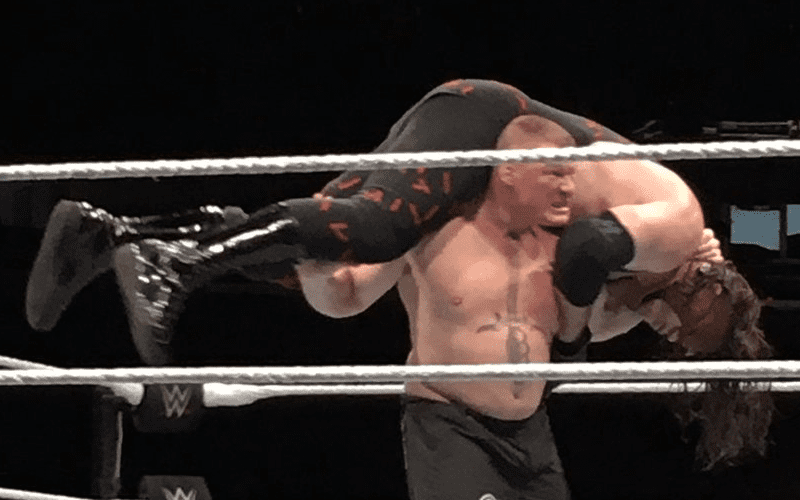 According to correspondents, the match last about 30 seconds long. Lesnar won the match after delivering an F-5 after avoiding a chokeslam from Kane. Fans were not happy with the length of the match at all.

Here are a few photos from the match: