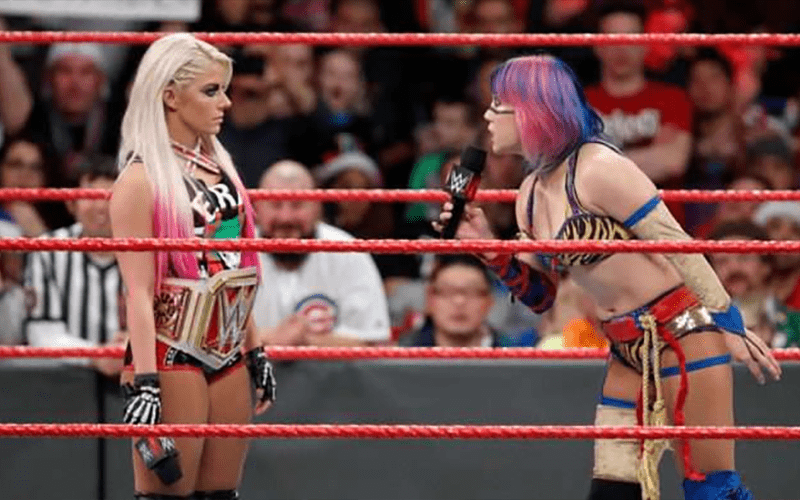 As seen at Sunday’s WWE Elimination Chamber event, Asuka defeated Nia Jax in singles action and will now go on to challenge either the RAW or SmackDown Women’s Championship at this year’s WrestleMania.

It was previously reported via Dave Meltzer of The Wrestling Observer Newsletter that Charlotte was originally slated to face Asuka, while Nia Jax would be the challenger to Alexa Bliss at WrestleMania. This was the reason the company added the stipulation of the Royal Rumble winner being able to pick which Champion they would like to challenge. It’s very possible that WWE changed plans once again for WrestleMania and that’s the reason Asuka could now be challenging for the RAW Championship instead.