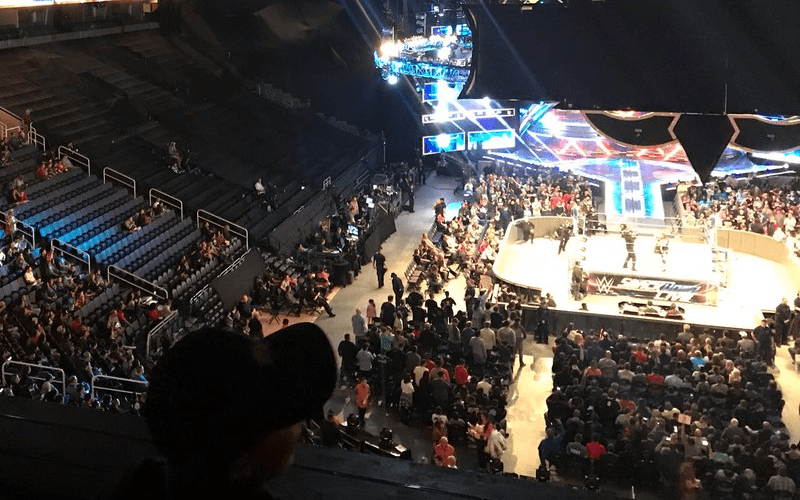 While discussing SmackDown’s low attendance and lackluster product on the recent installment of WWE Backstage with Brad Shepard & Jon fisher, Shepherd indicated that a WWE source has informed him that they are well aware that the product is not any good.

“A source in WWE told me that basically everyone that works there knows it’s not good.”

Shepard explained how the arena was half empty this week and you could visibly see empty seats even on the hard camera view section. Shepard brought up how the company touts “record breaking” numbers but also pointed out that the company is still failing to sell tickets to the events.

“Hey, record profits though or record revenue, whatever it is. But you can’t get f*ckin tickets sold to these shows. Everyone keeps saying how great wrestling is doing and I just don’t agree.”

Filling events have been a big tasks for WWE as of late and played a big factor in the company’s decision to eliminate brand exclusive pay-per-view events this year to focus more on dual-branded shows instead. It remains to be seen if their efforts make any difference.

You can listen to Brad Shepard & Jon Fisher discuss the current state of SmackDown Live and attendance embedded in the audio below: