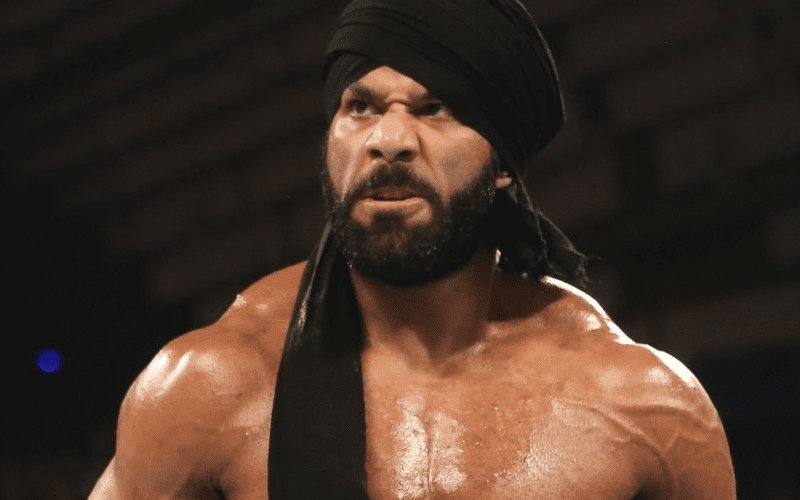 While speaking to Sam Roberts, Jinder Mahal was asked if he was worried about losing his push in WWE after dropping the WWE Championship title to AJ Styles. Mahal revealed that he wasn’t worried and believed that he had an awesome outing in his match against Styles.

“I wasn’t worried at all,” said Mahal. “A lot of people say, ‘It’s disappointing you got the push.’ No, I didn’t get the push, I made the push. I believe that every WWE superstar is in charge 100 percent of his own destiny. It’s up to me. You know, you drop the title, you win the title, but that’s part of the storyline. That match I had with AJ [Styles], even though I lost the title, it’s like I lost the match, I really did win. I had an awesome outing, awesome match, came back and got a big hug from Vince.”

When asked if being in the United States Title hunt was a demotion, Mahal mentioned that he doesn’t believe it is.

“No, it’s not. It’s the United States Championship,” said Mahal. “I’m still on SmackDown, on the live events I’m still in a main, main spot, and that’s up to me to maintain that level. You know, maintain that level of performance, and that’s 100 percent up to me. If you see me fall down the card, it’s my own fault. If I’m staying at this level, it’s because of the hard work that I’m doing and I ultimately will become WWE Champion again. I 100 percent believe that.”

(H/T WrestlingInc.com for the above quotes)