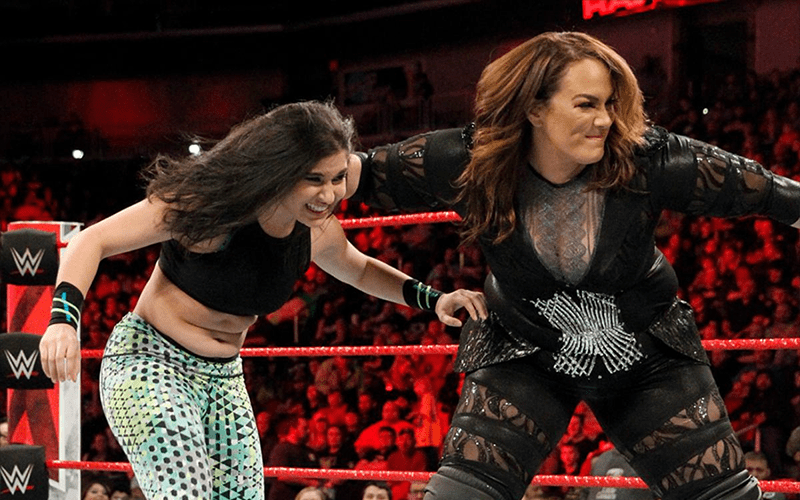 PWInsider reports that there may have some sort of scuttle backstage at RAW this past week when they decided to use 17-year old Vanessa Floyd as an enhancement talent in a squash match against Nia Jax.

Vanessa Floyd, who’s real name is Savanna Stone, is still in high school and works the independent circuit as Zero1 USA’s women’s champion. Stone was trained by Mike Elgin and has worked in numerous independent promotions, recently being booked at the National Wrasslin’ League in January.

This isn’t the first time the company has used underage talent in the ring, as Jeff Hardy debuted with the company many years ago losing a squash match to Scott Hall (Razor Ramon at the time) before he turned 18.

Speaking of Vanessa Floyd, Nia Jax put her over on Twitter with the following remarks:

Just warming up on my way to #Wrestlemania, I’m coming for you @WWEAsuka 👊🏼😈

PS I was impressed with this very young talent that stepped in the ring with me, nervous as can be, but she did such a great job! @SavannaStone01 congrats on your raw debut 😉 pic.twitter.com/b714PtpCCt