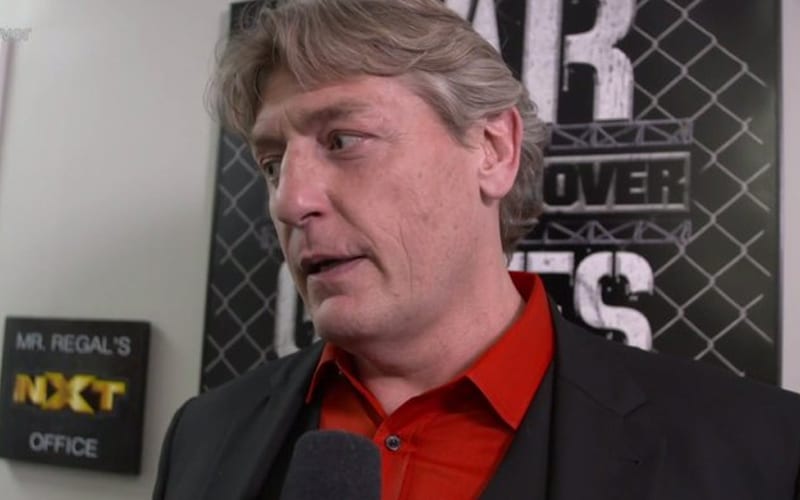 Adam Cole took a shot at William Regal during a pull apart brawl after NXT a couple of weeks ago. The NXT GM addressed that assault before TakeOver and confirmed that Cole will not be punished.

William Regal spoke backstage before NXT TakeOver: Stand & Deliver where he was asked about the attack from Cole. It’s not commonplace for Regal to be taking bumps.

After taking a moment, William Regal confirmed that Adam Cole will not be fined for putting his hands on him. Regal didn’t seem like he wanted to elaborate on the subject either.