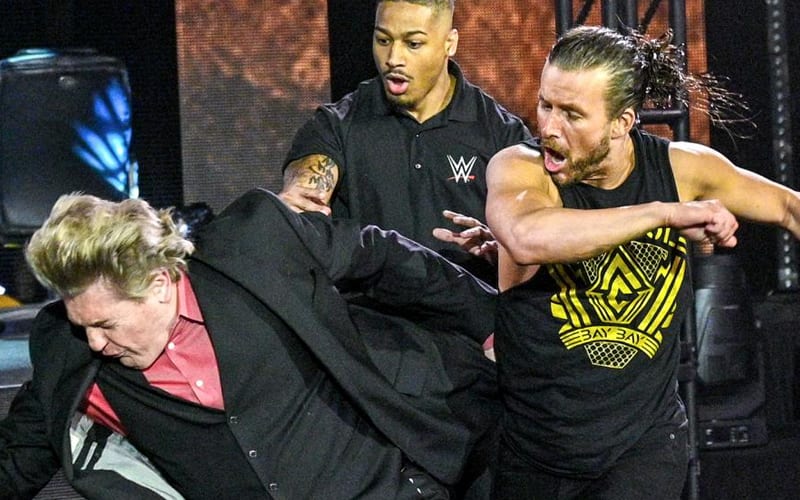 WWE NXT ended this week with a big contract signing for Adam Cole and Kyle O’Reilly’s match at NXT TakeOver: Stand & Deliver. The two men really wanted to tear each other to shreds at the end of that segment. The chaos continued after the USA Network feed was cut.

William Regal is WWE NXT’s General Manager, and he shouldn’t be touched. Adam Cole obviously didn’t seem to care about that rule after NXT went off the air.

As you can see in the video, Kyle O’Reilly got back in the ring and he wanted to rip Adam Cole apart. He called out Cole, but he didn’t emerge. Finally Adam Cole did come out, but he had plenty of people trying to stop him.

William Regal ended up taking a shot from Cole, and he didn’t look happy. This was an intense segment that the company later put up on YouTube as exclusive content. It didn’t air on this week’s show. You can check it out below.