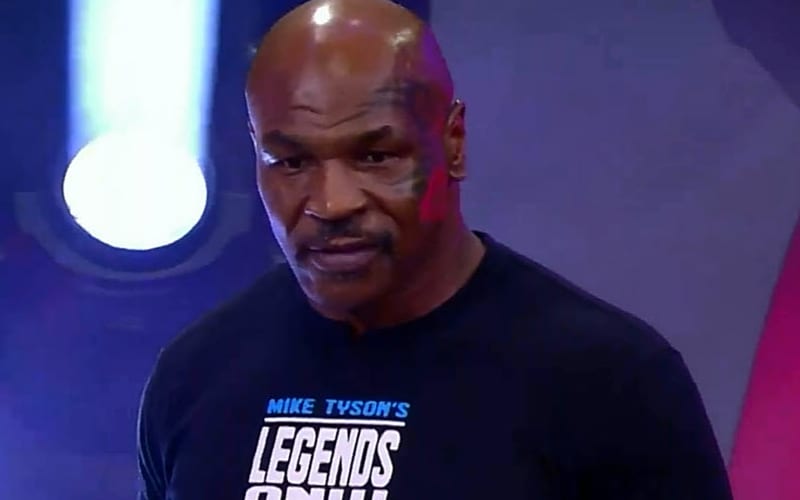 AEW is bringing Mike Tyson back to Dynamite next week to act as a special enforcer in a match with Chris Jericho and Dax Harwood. We’ll have to see what AEW has in mind with this one.

AEW knew that they needed something to combat NXT TakeOver: Stand & Deliver. They called Mike Tyson and he showed up for a little brawl. That set up a second appearance that will tape tonight according to Dave Meltzer on Wrestling Observer Radio.

AEW didn’t give a lot of notice before bringing Mike Tyson back to Dynamite. They only started promoting his appearance on the day before Dynamite, but he will be there next week. AEW is taping next week’s episode of Dynamite tonight. We will have to see if this appearance from Mike Tyson leads to anything else down the line, or whether AEW just brought him in for a two-week stint.