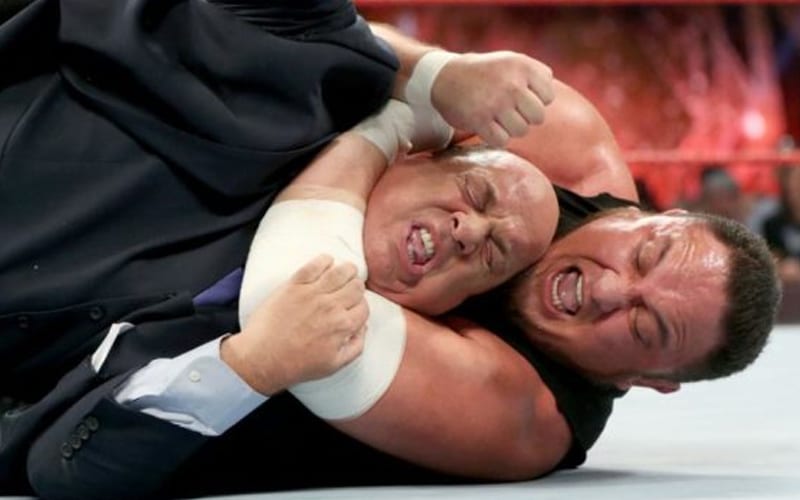 Paul Heyman has been involved in many pro wrestling angles. It is almost a tradition in pro wrestling that a heel manager needs to take a beating every now and then and Heyman is no exception.

While recently speaking to the Sports Media Podcast, Heyman said that his philosophy regarding physicality is that if somebody is going to do damage to him in the ring then they need need to bring it.

“My preparation for physicality is the emotional understanding that this is going to hurt. The beating I took on top of Hell in a Cell from CM Punk was as real as any beating that he took inside the octagon at UFC. Samoa Joe locking me in the Coquina Clutch on Monday Night Raw was as real as anything that anyone else is going to feel in mixed martial arts because I don’t trust my timing and I have no athletic ability. So I prefer, if I’m going to be subject to physicality, bring it.”

We’ll have to see if Paul Heyman takes a beating in the future. His WWE contract is running up soon, and he would like to stick around. His union with Roman Reigns has been beneficial for all parties involved, but nothing good can last forever. It might even end with Heyman taking a Superman Punch from the Tribal Chief.