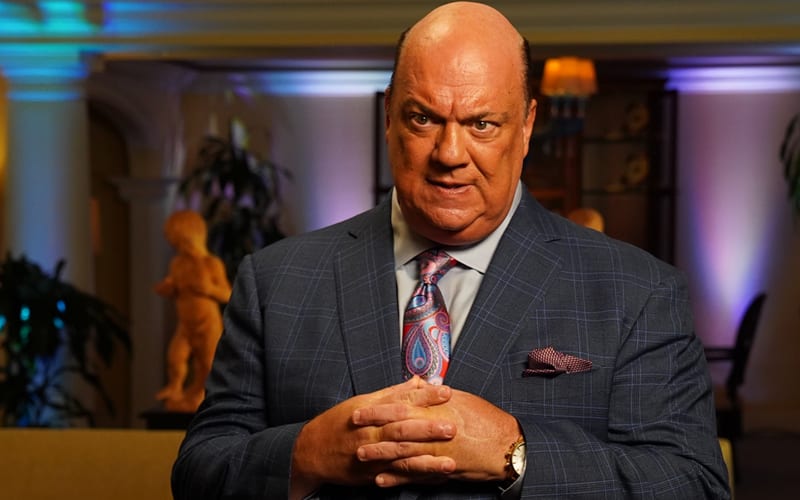 Paul Heyman is currently in a great spot on WWE television. He is Special Counsel to the Tribal Chief, but all good things must come to an end.

Heyman was released as executive director of RAW, but he is still under a talent contract. That deal is now rumored to be coming to an end in the next couple of months.

While speaking to Sports Media with Richard Deitsch, Paul Heyman was asked if he plans on sticking around WWE. He hopes that their relationship will continue, but he tries to avoid talking about his contracts in public.

“One would certainly hope so. I’ve always tried to avoid negotiating in public. I understand why some people do it though.”

“When I left WWE in 2006 I was the first person they didn’t go ‘we wish him well on his future endeavors.’ Nobody knew when I was officially done with the company. We kept that between me and Vince McMahon, because I didn’t feel it was anybody’s business at the time. And neither did WWE.”

“I just don’t think it does WWE or Paul Heyman any good for me to negotiate a contract and agreement through the media in public. It doesn’t serve anybody. It’s not what I’m here to do. I’m an entertaining, or a director [and] producer of talent. I don’t think that’s what the public turns to me for.”

Paul Heyman will lead Roman Reigns to the ring at WrestleMania 37. His WWE contract will expire before the next show of shows rolls around. We’ll have to see if this is Heyman’s final spot on the grandest stage of them all. He would obviously prefer if that not be the case.