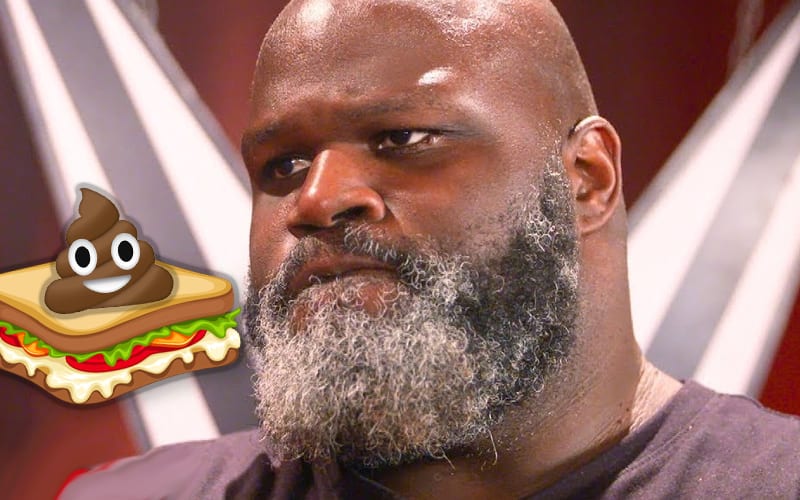 Update: Mosh has since spoken out and called Kurt Angle’s story BS. You can check out his response here.

Original: WWE Hall Of Famer Kurt Angle is a veteran in the world of pro wrestling. During his time in WWE, he has seen his fair share of ribs. However, it seems one particular rib might have been too much.

While speaking on The Kurt Angle Show, Kurt Angle talked about ribs in WWE. Angle stated that he was never seriously pranked in the company, but Mark Henry was subjected to a very nasty rib.

Angle claimed that he heard the Headbangers tricked Mark Henry into eating a sandwich that they had previously defecated in.

“I don’t remember any serious ribs,” Angle said. “I do remember when Mark Henry ate that sandwich. I didn’t believe it, I thought it was all bullsh*t. I didn’t know The Headbangers, they got Mark a sandwich and crapped in it. Put it back in the wrapper, and I don’t know if it’s true or not, but Mark Henry actually ate it. That was pretty brutal, when I heard about that I thought it was the grossest thing I’ve ever heard. You got to be a real idiot to do that to someone.”

While ribs are commonplace in a WWE locker room, sometimes they can certainly be taken too far and become disgusting in the process.