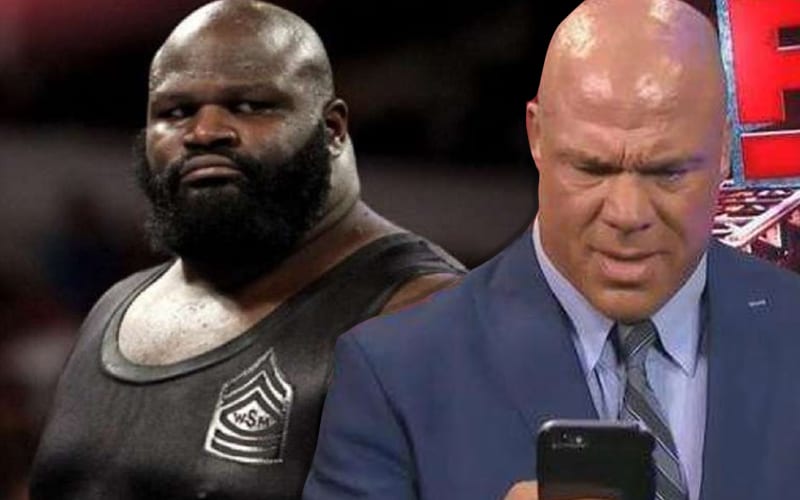 The pro wrestling world is full of rumor and innuendo. There is also a long history of backstage pranks that went wrong. Now we must clear up one crappy story.

Kurt Angle said on his podcast that The Headbangers pooed in a sandwich that Mark Henry later ate. This story was picked up by Ringside News and Mosh of the Headbangers saw the story. He also had to set the record straight and call out Angle’s story as fake.

@RealKurtAngle’s accusations on his podcast that @GRthrasher and I shit in a sandwich and then gave it to @TheMarkHenry is 100% FALSE! Yes, Glenn and I joke and rib but this is NOT something we would do. The “idiot” is someone else.

Mosh also tagged Ringside News’ official Twitter account and said #FakeNews. At least he also tagged Kurt Angle in this denial because the Olympics Hero is the man who said it.

Apparently, Mark Henry didn’t actually eat real poo. It’s a good thing Mosh was able to clear up this story, because it was a rather disturbing one.