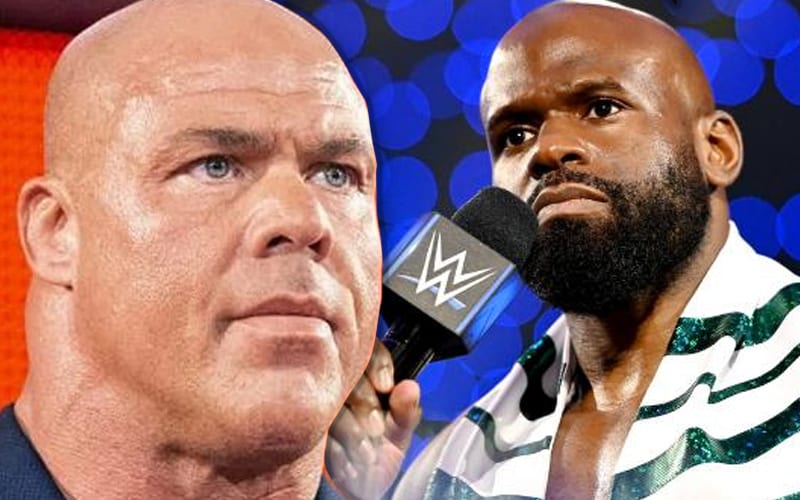 Kurt Angle’s move set is treasured by a lot of pro wrestling fans. It seems that whenever someone busts out an ankle lock they credit Angle. Apollo Crews’ new finisher is a bit of a blatant tribute.

During the Kurt Angle Show, the Olympic Hero opened up a bit about Apollo Crews using his Olympic Slam finisher. He is 100% behind it as he gets to watch someone else put opponents away with the move he used for years.

“I got heat from Randy (Orton) for tweeting out one time that he stole my finish, and I told him that I was just kidding. But he was pretty pissed off but I was just kidding. You know, anybody that wants to come up with a move or wants to do somebody’s move, as long as you’re not in that company, you might as well use it. So, if Apollo wants to use it, I’m retired. So, it might as well remind people of what I did in the past, and it will make my legacy carry on to some extent. I’m glad Apollo is using it.”

Apollo Crews very well might use that move to end Big E’s IC Title reign at WrestleMania. There are a lot of possibilities on the road to WrestleMania and Kurt Angle is probably hoping to see an Angle Slam on the grandest stage of them all once again.